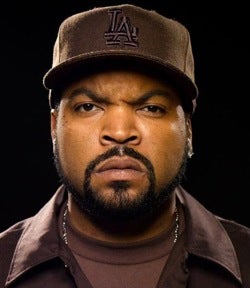 "Late Night With Jimmy Fallon" is getting its own Bonus Feature.

Each night, prior to taping, Fallon's house band, the Roots, performs to get the audience pumped. Before the May 28 show, with Ice Cube as Fallon's lead guest, the rapper-turned-actor sat in for a version of his "Straight Outta Compton."

A Fallon staffer captured the performance on his digital camera. The footage was matched up to the audio recorded in the studio, and a new segment will be inserted into the repeat show, scheduled for July 7.

"Ice Cube and the Roots put on an awesome show for our studio audience that night and I'm so excited we now get the chance to show it to everyone else," Fallon said in a statement.
The use of personal technology on Fallon bears some resemblence to what happened recently on ABC's "Jimmy Kimmel Live," when the power went out just prior to the start of the show. Kimmel wound up recording the show using his computer for airing the next night.