Attending a family reunion is kind of like eating a bag of Sour Patch Kids — first they’re sour, then they’re sweet. Once the political arguments have died down and everyone has come to terms with the fact that I’m almost 30 and still single, there’s a magical shift. Before you know it, Aunt Linda is dancing on the table and everyone is wearing matching shirts that say, “Remember, As Far As Anyone Knows We’re A Nice Normal Family.”

If you’re missing those crazy yet compassionate moments with your loved ones, the Netflix series “Family Reunion” will make you feel right at home. When Jade McKellan (played by Talia Jackson) and her family move from Seattle to small-town Georgia, life down South — plus her traditional grandparents — challenge her big-city ways. While that situation sounds like every teenage girl’s nightmare, Jade uses it as an opportunity to embrace and learn about her Black heritage. In turn, viewers get a little history lesson of their own.

“I like that Hollywood is finally not afraid to tell Black stories,” Jackson told WrapWomen. “I love that we’re seeing things that represent our lives now and the history that we’re going to carry into the next generation.” 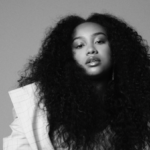 As a 19-year-old mixed-race actress, Jackson is part of that history. But when you’re challenging the status quo of a $100 billion-dollar industry, audiences can have a hard time with change — and aren’t afraid to make their opinions known, as Jackson found out by having to dodge haters on social media. Luckily, Tia Mowry, who plays Jade’s onscreen mother in the series, was able to offer Jackson some sage advice based on her own experience. (Mowry grew up in the spotlight and is known for her role in the hit ’90s series “Sister, Sister.”)

“There’s a couple specific scenarios where I had a ton of pretty awful comments. I was crying all day and thankfully Tia ended up calling me,” Jackson recalled. “She was like, ‘Baby, they’re talking about you, you made it. Because everybody is gonna talk. They’re gonna talk no matter what.’ She taught me that I shouldn’t take things personal.”

Now, Jackson said she views herself through her own eyes rather than relying on the opinions of others to validate her self-worth. “In reality, [their opinion] doesn’t really matter because you’re the only person that you’re going to have forever,” she said. 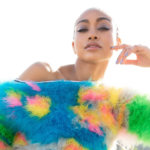 In the same way Mowry was there to support Jackson, the young actress continues to pay it forward to others. “My biggest thing has always been making sure people — especially younger people — don’t feel alone,” she said. “I think mostly because my entire life, up until maybe last year, I’d felt so alone.”

Jackson added that it wasn’t until she found a great group of friends and the right support network that she finally felt “heard,” “taken care of” and “safe.” That’s why she now makes it a point to constantly DM her fans and try to give them the same kind of encouragement.

“I feel like I have so much useful information after going through everything I’ve gone through. If I could just help everybody I would,” she said. “The biggest and most important thing is just feeling like you have somebody in your corner who understands you and is willing to help. And I hope I can be that person.” 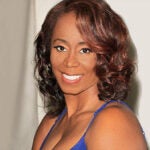 Also Read:
How La Faye Baker Is Empowering the Next Generation of Black Stuntwomen in Hollywood (Video)

When Jackson isn’t filming a hit TV series or messaging all those friends and fans, you can find her writing songs and focusing on her mental health. The actress told WrapWomen that at the beginning of quarantine, she went through a bad breakup from a toxic partner. Over time, though, she was ready to start putting herself first again, which meant pouring her feelings into her music.

“I would drive down PCH and go to Malibu and I would just park on the side, sit in my car, roll the windows down and write and listen to tracks and music and just smell the ocean,” she said. And after recording those songs, “I remember when I walked out of the studio I called my mom and I was like, ‘I think I just healed myself. I think I just fixed myself. I don’t know what it is, I have this new perspective.'”

Jackson’s song “Hidden,” which was released on April 2 with a music video, captures her newfound sense of freedom. “I’ve just continued to write and write and write. All of this music makes me feel so positive and happy and 100% me,” she said. “I just want to continue to do that and then put it out there so that everyone else who listens can feel the exact same way I do when I listen to it.”

Whether it’s going up against a family reunion, social media haters or a bad breakup, Jackson is clearly an expert at transforming any sour situation into a savory learning experience.