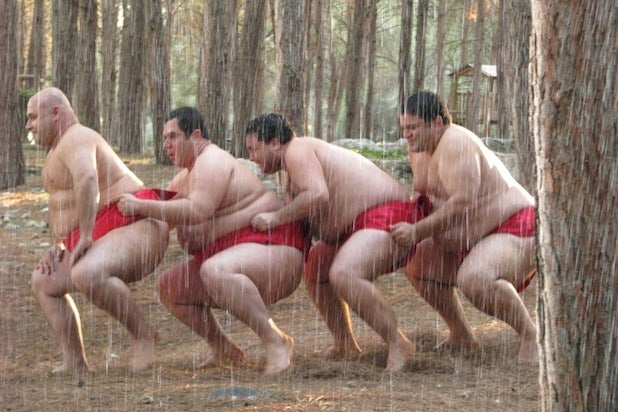 Paramount and Permut Presentations have hired Tom Bezcuha to write the English-language remake of “A Matter of Size,” a character-driven sumo wrestling comedy that will be directed by Jon Turteltaub (“Last Vegas”), TheWrap has learned.

A representative for Paramount did not immediately respond to TheWrap’s request for comment.

David Permut (“Face/Off”) will produce with Carol Baum (“Father of the Bride”) and Howard Rosenman (“Buffy the Vampire Slayer”).

Story follows four overweight friends who get fed up with dieting and decide to start a sumo wrestling team, which helps them learn to love themselves.

While no actors have thrown their weight behind the project yet, several stars have shown an appetite for the material.

Sharon Maymon and Erez Tadmor directed the original 2009 film, which was a huge hit in Israel. Paramount started developing the project in January 2012.

Turteltaub directed the “National Treasure” movies and just scored a hit with “Last Vegas,” which has more than doubled its production budget at the domestic box office.

Bezucha made his feature debut with the indie “Big Eden” before graduating to Fox 2000’s holiday comedy “The Family Stone,” which starred Diane Keaton and Rachel McAdams. He recently co-wrote and directed the Selena Gomez-Cory Monteith movie “Monte Carlo.”

Bezucha has also been developing an adaptation of “Other People’s Love Letters” with CBS Films and producer Laurence Mark. He’s represented by WME.