Video games websites Giant Bomb and GameSpot suffered an unspecified number of layoffs on Thursday, job cuts that were confirmed by former employees on Twitter soon after they took place.

The layoffs come less than 4 months after the sites were acquired by Fandom, backed by private equity firm TPG Capital in a deal said to be worth $55 million. The number of affected employees is unknown, but among those who confirmed the cuts publicly were Mat Elfring, GameSpot entertainment editor; Stuart Kimball, associate video producer at GameSpot; GameSpot entertainment writer Mason Downey; Giant Bomb video producers Jess O’Brien and Jason Oestreicher; and graphic designer Justin Vachon who for several of the sites owned by Fandom, including Giant Bomb, GameSpot, TV Guide and Metacritic.

According to Kotaku, around 40 or 50 employees were affected.

Neither Fandom nor the affected websites has publicly confirmed the layoffs or issued any kind of statement; Representatives for Fandom didn’t immediately respond to a request for comment from TheWrap.

When Fandom acquired the sites in October, Fandom CEO Perkins Miller said the “powerful, authoritative brands” would fit into “Fandom platform, which will expand our business capabilities and provide immersive content for our partners, advertisers and fans.” How the “powerful, authoritative brands” became financial burdens in less than 4 months is unknown. 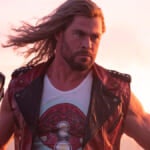 Red Ventures bought Giant Bomb and GameSpot from Viacom CBS in 2020 before selling them to Fandom last year. 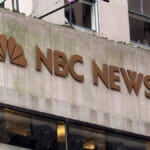