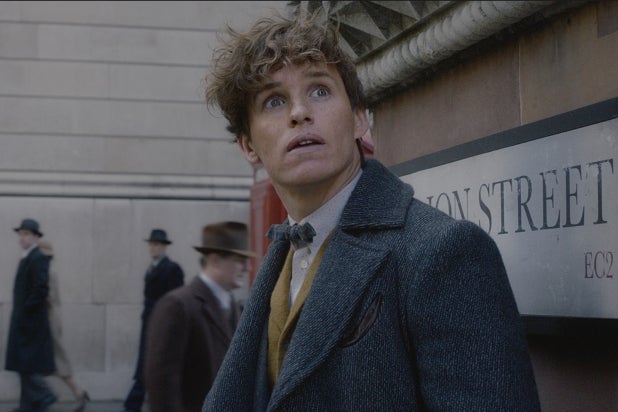 The third “Fantastic Beasts” is in production now in the U.K., but last week the film was delayed from its original release in November 2021. This comes after Johnny Depp, who plays the villain Grindelwald in the film, was asked to resign from the production after he lost a libel case with the British tabloid The Sun. His part is still to be recast.

The production is not expected to be delayed significantly and no scenes will need to be reshot, an individual with knowledge of the situation told TheWrap.

Eddie Redmayne stars in the “Fantastic Beasts” franchise as wizard Newt Scamander alongside Katherine Waterston, Dan Fogler, Jude Law and Ezra Miller. David Yates is returning to direct the third film based on Harry Potter author J.K. Rowling’s screenplay inspired by her own book “Fantastic Beasts and Where to Find Them.”

“Fantastic Beasts 3” will now open one week after “Captain Marvel 2,” which is currently slated to open July 8. The last film in the franchise, “Fantastic Beasts: The Crimes of Grindelwald,” opened in October 2018 and made $654.8 million worldwide.

Depp said last week that he had been forced out of his role in “Fantastic Beasts 3” — just days after losing a libel case in which a U.K. judge ruled that “wife beater” accusations by Depp’s ex-wife Amber Heard were “substantially true.”

“I wish to let you know that I have been asked to resign by Warner Bros. from my role as Grindelwald in Fantastic Beasts and I have respected and agreed to that request,” the actor wrote on Instagram. “I intend to prove that the allegations against me are false.”

“Johnny Depp will depart the ‘Fantastic Beasts’ franchise. We thank Johnny for his work on the films to date. ‘Fantastic Beasts 3’ is currently in production, and the role of Gellert Grindelwald will be recast. The film will debut in theaters worldwide in the summer of 2022,” Warner Bros. previously said in a statement.