David Yates, the director of the “Harry Potter” films and the “Fantastic Beasts” franchise, is in talks to direct his next project at Sony Pictures, an individual with knowledge told TheWrap.

Plot details are being kept under wraps for what is still an untitled project at Sony. But the film is based on an original screenplay by Wells Tower, whose fiction and non-fiction works are well known in The New Yorker, GQ, Harper’s, McSweeney’s and more. And Deadline adds that the film is set within the world of pharmaceutical sales amid the opioid crisis and is in the vein of something like Martin Scorsese’s “The Wolf of Wall Street.”

The film is being produced by Lawrence Grey through his Grey Matter Productions banner. David Yates is also co-producing through his company Wychwood Media. Ben Everard and Lewis Taylor are executive producing the film, and Cyrus Mojibi, Patrick Wade, Lawrence Kao and Lloyd Everard are co-producing. 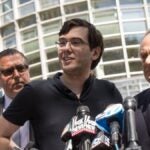 Tower’s film credits include “The True American” for Kathryn Bigelow, and he also wrote “Paper” for Plan B and HBO and “Mayor” with Alec Baldwin and HBO.