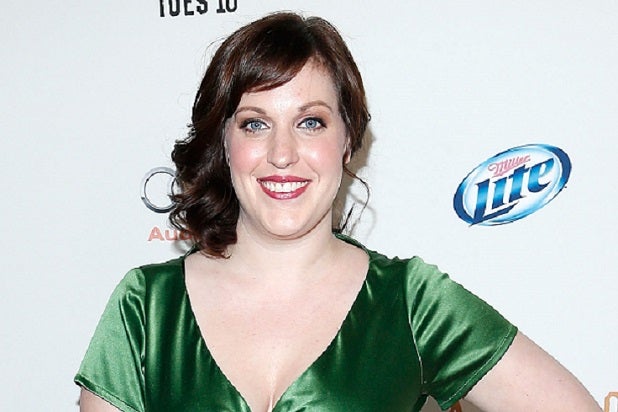 Wondering if FX can really pull off an adaptation of the classic Coen brothers movie “Fargo”? Allison Tolman doesn’t blame you — despite the fact that she stars in it.

“I think there’s some well-deserved skepticism that there’s an adaptation of this really well-loved film,” Tolman, a relative newcomer who plays the central role of police officer Molly Solverson in the FX series premiering Tuesday, told TheWrap. “But I believe that the product is good enough and stands on its own enough that we’re going to win over fans in our own right.”

TheWrap talks with Tolman, who co-stars with heavy hitters such as Billy Bob Thornton in “Fargo,” about the movie that inspired the show and shocking moments that lay ahead this season.

TheWrap: Were you a fan of the movie before getting involved in the series?
I was a fan of the movie. There are a few directors as a young person where I was kind of like, “Well, these are a sure bet.” The Coens, Paul Thomas Anderson, Wes Anderson. They had a really unique voice that I really appreciated, and I know I could go see one of their films and I was gonna enjoy it. I saw “Fargo” not when it came out but probably a few years later, and went through multiple viewings — I’m sure my tape has been worn out. I purposely didn’t watch it during the rehearsal process, because I didn’t want to freak myself out.

Also read: ‘Fargo’ Boss Noah Hawley on the ‘Hubris or Foolishness’ of Adapting the Coen Brothers

Was it daunting to take on a role in a project that has so much history attached to it, especially since Molly is such a pivotal role on the series?
I think I was really lucky. We’re under the leadership of Noah Hawley, our showrunner and our sole writer for all these episodes. He has a really strong, clear idea of the story, of the tone, of when he wanted to pay homage to the film and when he doesn’t want to. And the character, she’s a really fully formed character on her own. It will  be interesting to see what people say as it progresses, but I think she’s so obviously different from Margie in the film. They’re really different women who just happen to wear the same color scheme and have the same job. But [Molly’s] in a different point in her career, and she has different things going for her. I think Noah’s really strong writing was instrumental.

With adaptations of previous projects, people tend to apply expectations based on what they’ve seen before.
Absolutely. I don’t shy away from the comparisons. I think it’s inevitable to happen. And I think there’s some well-deserved skepticism that there’s an adaptation of this really well-loved film. But I believe that the product is good enough and stands on its own enough that we’re going to win over fans in our own right.

There are a number of shocking moments in the series. Have there been any scenes that particularly took you aback?
Yeah. Episode 8 — all of it. All of episode 8 is going to be phenomenal. It’s just full of amazing surprises. And I think it was Episode 9 that I got 10 pages in and actually clapped my and over my mouth and said, “What?”