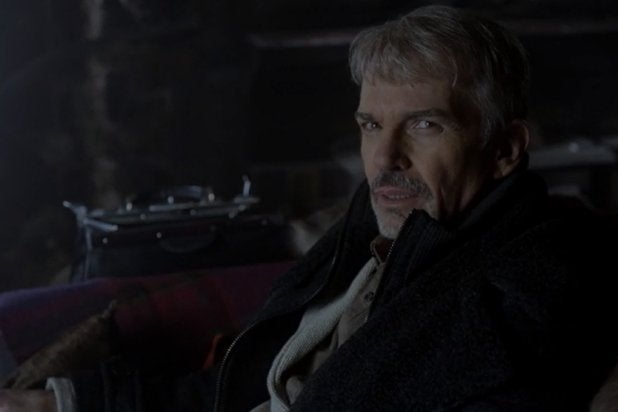 It’s rare to find a show that just nails it from beginning to end. In its first season, FX’s “Fargo” absolutely exemplifies the best in long-form entertainment.

Coming on the heels of HBO’s terrific “True Detective,” critics and fans were likely wary about another limited-run crime series hinting at a seasonal anthology format. But what’s really surprising is that “Fargo” has equaled “True Detective” in almost every way, save media attention.

Even better? The finale didn’t pull any last-minute twists or tricks. It just allowed events to progress to their natural conclusion. And while the show has often ventured into dark territory, it didn’t go too dark while winding things up for our characters.

Those who deserved it met an appropriate fate. Gus, portrayed by Colin Hanks, got to right his wrong from the beginning of the show — when he let Billy Bob Thornton‘s Lorne Malvo go after pulling him over — via a final confrontation with the killer. And he wasn’t TV-stupid by letting Lorne talk until he could get the upper hand. Instead, Gus had his final say… and when Lorne responded, Gus shot him.

It was admittedly fun to see that three torso shots weren’t enough to take Malvo down. Throughout the series, there was an evil and quiet relentlessness about him that seemed intentionally reminiscent of big-screen horrors like Jason from “Friday the 13th” or Michael Meyers from “Halloween.” Just like a classic horror movie monster, Malvo wouldn’t be quite so easy to kill.

Of course, a couple of head shots finished him off, so ultimately the show didn’t stray into supernatural territory. And after watching him straighten and set his own broken and mangled leg, there was no doubt how tough Malvo was, so seeing him survive the first volley of shots seemed plausible. The entire season was a tour-de-force performance by Thornton, who’s sure to get an Emmy nomination.

Martin Freeman was equally stellar as Lester Nygaard, with the British actor taking on a unique American accent on top of perfectly capturing a nebbish loser who dabbles with his own darker side, only to continuously discover that he’s just not as fierce as he wishes he were.

Nygaard’s cold-hearted ability to lead his second wife to her untimely death was met with appropriate justice as he fell through the ice into a freezing lake. Of course, he was running away in a blind panic at the time, which was too often his m.o. In a world of fairly straightforward characters, Nygaard was a fascinatingly complicated man.

He was pathetic by nature — weak and insecure. And yet, he would have these moments of mad genius and callous disregard for anyone’s well-being but his own. When he confronted Malvo in the elevator, even he didn’t know why he was doing it. For a moment it looked like he might fully embrace the dark side, as Malvo had, but instead he bonked Malvo on the head and ran away again.

A cowardly clever psychopath isn’t something that’s often seen onscreen, easily making Nygaard the most interesting character to follow. Throughout the run of the show, he was probably the only character who was at least somewhat unpredictable. Everyone else was drawn with such distinct personalities that their reactions to any situation could practically be predicted. Perhaps this was to represent the quietness of small town life, of which Nygaard’s monstrous inclinations were clearly a deviation.

Meanwhile, relative newcomer Allison Tolman was an absolute revelation as one of only two people in local law enforcement who could wrap their heads around what was happening. She was representative of a pure heart, a strong mind, and an unwavering tenacity. In the end, she’ll get her Police Chief position from Bob Odenkirk’s haplessly naive Bob Oswalt.

Odenkirk was just the first of so many fantastic guest stars. Each brought to life what was basically a comedic side character meant to help move the story along. Most fell by the wayside at Malvo’s hands, though it was Nygaard who scared away Kate Walsh’s gold-digging widow.

Strong casting was another thing “Fargo” got right in its first season. Everything from the writing to the directing to the acting were stellar across the board.

I cannot remember a time I felt so fully satisfied after watching a full season of a show. I could argue that Walsh’s character seemed to just disappear from the narrative a little too conveniently, but bullies tend to back down when their targets stand up to them, so I can’t complain too much about that.

There should be plenty of awards and nominations heaped upon this show as the season kicks into high gear. Because networks can choose where to submit their shows for the Emmys, the 10-episode “Fargo” will be competing in the miniseries category, while the 8-episode “True Detective” heads over to dramatic series.

That means we won’t get to see Thornton or Freeman face off against Matthew McConaughey and Woody Harrelson, though all four may find themselves named when nominations are announced on July 10. It’ll be fun to see how many total nominations both shows can manage, though. Maybe that will help to determine which was ultimately stronger.

With “Fargo” touted as a limited series, there’s every possibility that if it does continue, it would do so with a different cast and premise; another thing it has in common with “True Detective.” If the behind-the-scenes folks are largely the same as they were for Season 1, then there’s absolutely no reason to fear a sophomore slump.