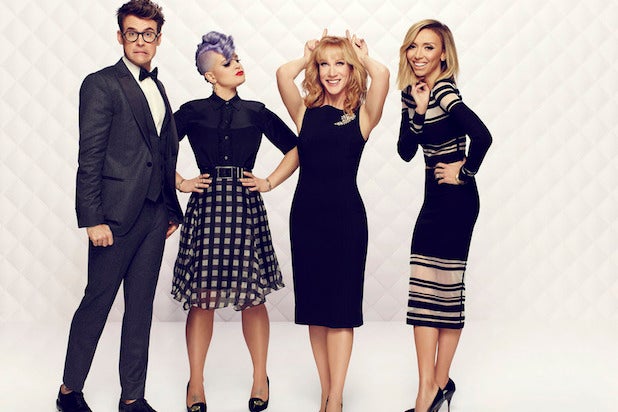 E!’s “Fashion Police” got off to a fresh start Monday with new host Kathy Griffin, who fronted her first episode since taking over for Joan Rivers, who died in September.

“I think what will shock people the most is that we have never worked together, yet I feel like we work really well together,” Rancic said in a statement. “We just have great chemistry together and I think that comes from not being afraid to disagree with each other.”

It might be the first episode without Rivers, but host Kelly Osbourne was quick to point out that Griffin isn’t trying to replace her.

“As much as we all love and adore Joan [Rivers], we have a different person sitting here — not a replacement, because you cannot replace Joan — but you cannot judge Kathy’s comedy the way that you judge Joan,” Osbourne said. “They are a different kind of comedian, what Kathy brings to the table is a different sense of humor and it’s just miraculous how we have never been a room together… and it was amazing.”