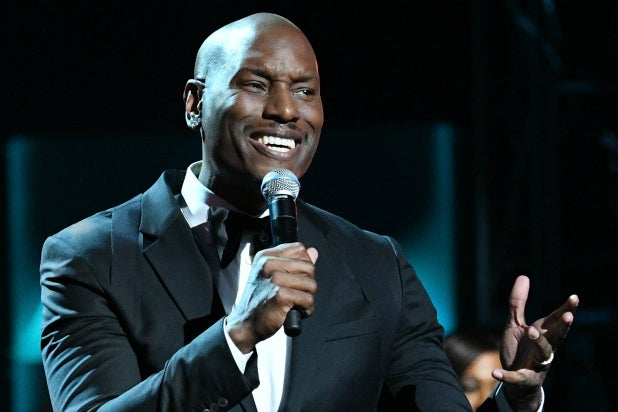 “Fast and Furious” star Tyrese Gibson will bring his racing chops to television for a celebrity car racing series.

Gibson has teamed up with “Survivor” and “The Voice” creator Mark Burnett and MGM Television for “Celebrity Grand Prix,” a competition show which will pit stars against one another in a professional car race. Per MGM, the series is described as a “fast-paced competition where celebrities from all walks of life will be trained by professional race car drivers, and then face off on the race track. The star with the slowest time will be eliminated each week.”

Gibson will serve as host in addition to executive producing alongside Burnett. No network is attached.

“Car racing is already such a beloved classic American sport that continues to resonate with new generations of audiences, and this show will give viewers an insider’s look into what goes on behind-the-scenes of the race track,” Burnett said in a statement.

“Tyrese is the real deal in front of and behind the cameras and he’s involved in all aspects of production. This show is every adrenaline junkies dream,” added Barry Poznick, President, Unscripted Television, MGM.

“I couldn’t be more honored or grateful to be an executive producer and host of this show,” said Gibson. “It’s been an amazing feeling to have been approached by the  team at MGM as this idea falls directly into my wheelhouse. Working with the legendary Mark Burnett and being part of the creative process with him and the amazing team he’s assembled including Barry Poznick, Sasha Bushnell and Tiffany Hubbert is a
force to be  reckoned with! I can’t wait to unleash this energy to the world.”