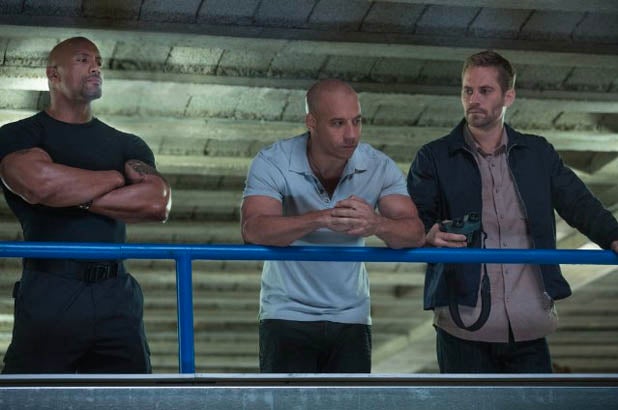 The producers of “Fast & Furious 7” are considering scrapping the entire film and starting over in the wake of actor Paul Walker‘s death mid-production, TheWrap has learned.

The nearly $200 million-budget production has been frozen in its tracks since the tragic death of Walker, one of the lead actors in the film, on Saturday. The production is more than halfway finished, but many of Walker’s key scenes remained to be shot.

Universal Pictures, the producers and director James Wan have been in constant consultation this week to decide on different options, according to an individual with knowledge of the conversations.

Because the studio is insured for unexpected losses such as this one, the cost of scrapping the production is not a central factor. The studio would likely be made whole on that cost.

One viable option would be to start over. One individual said they were considering making the movie without Walker’s character, Brian O’Conner. But another individual said that option was not under consideration.

The franchise revolves around a group of adrenaline-loving criminals, and new characters have been introduced in successive films, including Dwayne Johnson and Jason Statham.

The studio and producers have not yet made the decision to start over, and a final verdict on the direction of the project is still days away, according to the insider. Another insider said that a decision is more likely to take weeks. Both stressed that the studio, producers and directors wanted to get the movie right and not rush a decision.

A studio spokeswoman would not comment for this story.

The main concern, the second insider said, is to preserve the integrity of the franchise, which drives hundreds of millions of dollars in revenue for the studio. Producers want to be careful not to force the movie to conform to the original cast just for the sake of preserving Walker’s scenes. Another insider said it would be hard to envision the film not including a storyline around Walker’s character, O’Conner.

Right now the conversation has veered away from the notion of using special effects to put Paul Walker‘s  face on someone else’s body, which is certainly possible. Part of the difficulty coming to a resolution on the project’s direction is that many people are involved in the decision, including Universal entertainment chief Jeff Shell, studio chairman Donna Langley, producers Neal Moritz and Vin Diesel, the director and others.

“Fast & Furious 6,” released this past spring, took in $800 million around the world.

Universal is concerned about the sensitivity of losing an actor to a high-performance car crash in a movie that centers around street racing, and the notion of cobbling together a new storyline using the already-filmed elements may be more difficult than just starting over.

But in that case, the studio would certainly miss its release date of July 11, 2014.

And the studio is not yet willing to give that up.