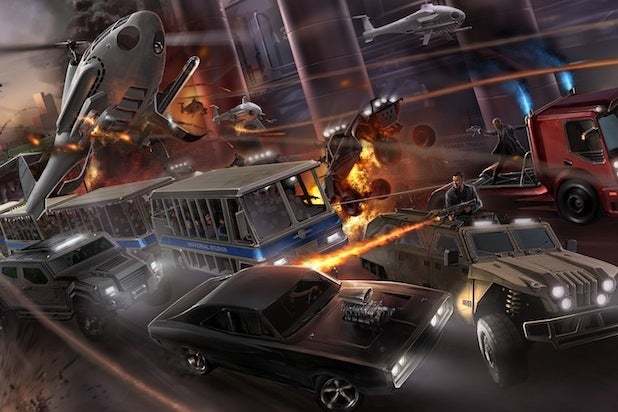 Universal is finally giving “Fast and Furious” fans a chance to live life “one quarter mile at a time.”

Universal Studios announced Wednesday that the new ride, “Fast and Furious – Supercharged,” will become a part of their “Studio Tour” as of summer 2015, exclusively in Los Angeles.

“Supercharged” is a 3D-HD experience that incorporates original cast members from the films and takes guests into their world of fast cars and high stakes as they’ll race to save one of their own from an international crime cartel.

“This definitive and quite literal ‘Fast and Furious’ thrill ride will propel guests into the action alongside many of the series’ heroes,” said Larry Kurzweil, President of Universal Studios Hollywood.

State-of-the-art tech is at the heart of the ride. The hydraulic motion-based ride uses a 3D audio system while projecting 3D-HD imagery onto the world’s largest 360-degree screen to immerse park guests. The ride will also have a never-before-used front-projection system.

He continued: “Our collaboration with Universal Pictures to bring this franchise to life through epic storytelling and technological breakthroughs continues to be a hallmark of Universal Studios Hollywood.”

“Fast & Furious” is the most successful franchise in Universal history, spanning six films and grossing over $2 billion worldwide. The next installment, “Fast & Furious 7,” will be released on April 10, 2015 and will return franchise staples Vin Diesel and Dwayne Johnson along with newcomer Jason Statham.