This Earth Day, the scientists in the documentary trailer “Fathom” are hoping they can learn to speak whale. And not like in the “Finding Nemo” sense.

“Fathom” shows a team of scientists using sound waves in an attempt to communicate with a pod of humpback whales. Whales, they explain, are a species that pre-date mankind by millions of years, and understanding the ways in which they communicate with each other deep beneath the surface of the ocean could reveal wonders.

“Studying whale culture might be more about glimpsing something about ourselves, how we can connect differently a million years from now,” one scientist says in the trailer. 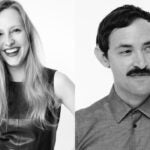 “Fathom” is directed and photographed by Drew Xanthopoulos (“The Sensitives”) and follows Dr. Ellen Garland and Dr. Michelle Fournet, who explain they have a month to embark on this experiment with a “high risk” of failure. Together they journey to opposite sides of the world and study whale songs and social communication, and the film shows the passion, curiosity and perseverance of their work.

Megan Gilbride is a producer on “Fathom,” and the executive producers are Andrea Meditch, Greg Boustead, Jessica Harrop and Josh Braun.

“Fathom” will debut on Apple TV+ on June 25. Check out the trailer for the documentary here and above.