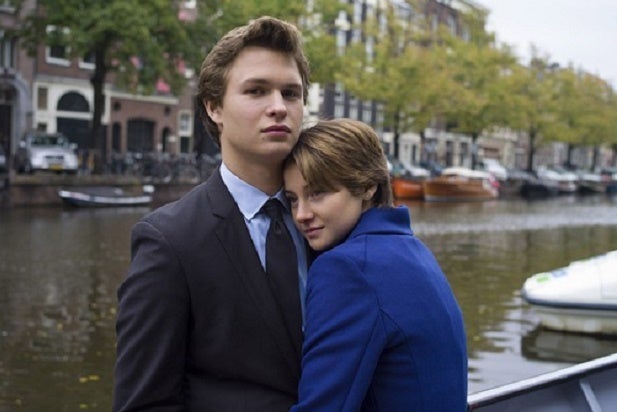 The tragic teen romance “The Fault in Our Stars” blasted past expectations and Tom Cruise in “Edge of Tomorrow” Friday, on its way to an opening weekend at the box office that could hit a stunning $55 million.

Fox’s adaptation of John Green’s young-adult bestseller took off with a spectacular $26 million first day, more than doubling the roughly $10.5 million that Cruise’s sci-fi saga managed. And it topped the $24 million that “Fault” star Shailine Woodley’s last film, “Divergent,” debuted with on its way to a $54 million first weekend in March.

“Edge of Tomorrow” is looking at weekend total of around $30 million, well short of the actor’s last outing “Oblivion,” which opened to $37 million in April 2013. The soft domestic debut will put considerable pressure on the $178 million Warner Bros.-Village Roadshow co-production to perform overseas. It’s taken in more than $60 million from abroad so far, including $16 million on Friday and Saturday in China.

Also see: Will ‘The Fault in Our Stars’ Force Stodgy Hollywood to Realize Social Media = $$? (Video)

First-night “Fault” audiences — swelled by the fan girls who drove the film’s massive social media profile — gave it an “A” CinemaScore. “Edge” audiences weren’t as keen on it as the critics were, and gave the well-reviewed sci-fi saga directed by Doug Liman and co-starring Emily Blunt a “B+.”

Doubts as to whether the huge online buzz around “Fault” would translate at the box office had tempered the predictions of analysts who had it opening in the $35 million-$40 million range, and the studio which was even more conservative. But Friday’s impressive debut — fueled by a very strong $8.2 million Thursday — erased those concerns.

Fox on Saturday morning was projecting a three-day total of $52 million for the heart-rending “Fault,” which stars Woodley and Ansel Elgort as young cancer patients who fall in love. Anything in that range will make it the summer’s biggest breakout movie so far and sure to be among the most profitable. The Fox 2000 project was produced for just $12 million by Temple Hill Entertainment’s Wyck Godfrey and Marty Bowen, the team behind the “Twilight” franchise.

Last weekend’s No. 1 movie, Disney’s “Maleficient,” was holding well and battling “Edge”for second. The Angelina Jolie live-action fairy tale update brought in around $10 million Friday, but probably has the edge since it will play to families. It’s on course for a $34 million second week, which would be just a 51 percent drop from its opening weekend, and raise its domestic total to more than $125 million.

Fox’s “X-Men: Days of Future Past” also held well and brought in $4.5 million Friday. That puts it on pace for a $15.6 million third week that would be just a 52 percent drop from last week and raise the domestic total for the Marvel mutant mashup to $190 million after three weeks.

Seth MacFarlane’s R-rated cowboy comedy “A Million Ways to Die in the West” was running fifth Friday. It took in $2.2 million and is looking at a roughly $7 million second week that would lift its domestic total to roughly $30 million.