Edwin Hodge is joining the Fugitive Task Force on “FBI: Most Wanted,” CBS confirmed to TheWrap on Monday.

The actor, whose credits include “Good Sam,” “For All Mankind,” “Winning Time,” and “Mayans M.C.,” is filling the vacancy left by Miguel Gomez, who played Ivan Ortiz for two seasons.

Hodge will play Ray Cannon, who transfers to Remy Scott’s (Dylan McDermott) team from the Violent Crimes office in Albany. The character was a cop in New Orleans before graduating at the top of his class at Quantico last year.

Series lead McDermott is also a fairly new addition to the procedural: He took over for the departing Julian McMahon, whose character Jess LaCroix was killed off in Season 3. 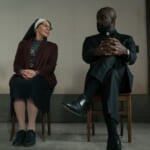 Hodge will make his debut in the Season 4 premiere on Sept. 20 at 10 p.m. ET/PT. He previously appeared as Rick Newhouse on “Chicago Fire.”

He just wrapped filming on the indie feature “Parallel Forests,” which he co-wrote and produced with his brother, “One Night in Miami” star Aldis Hodge. He has also appeared in “Transformers: Bumblebee” and three of “The Purge” movies.

Hodge is repped by Paradigm, The Priluck Company, and Ziffren, Brittenham. 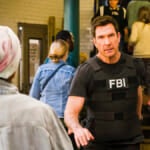