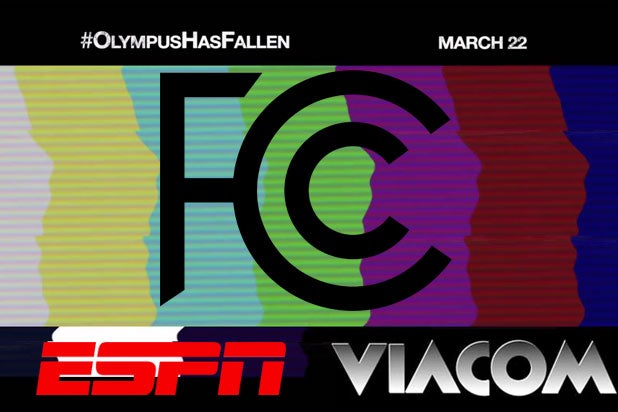 The network issued the warnings tones (EAS) as a promotional tool for the 2013 Warner Bros. film “Olympus Has Fallen,” starring Gerard Butler. A trailer for the movie, about a terrorist attack on the White House, is accompanied by the jarring tones normally reserved for state and national emergency warnings

“The public relies on this system to prepare them for real emergencies,” said Travis LeBlanc, Chief of the FCC’s Enforcement Bureau. “Our action here sends a strong signal that use of the EAS tones for non-emergency purposes presents a danger to public safety which we will not tolerate.”

Representatives for Viacom have not yet returned TheWrap‘s request for comment. ESPN did not have a comment regarding the FCC fine.

The FCC has historically banned the use of the EAS tones as a simulation — solely reserving them for tests or real emergencies. The agency proposed fines totaling $1.93 million in  March 2014 for NBCUniversal, Viacom and ESPN. While NBCUni paid its $530,000 share, Viacom and ESPN objected, requesting fine reductions.

They were unsuccessful: Viacom and ESPN owe $1.2 million and $280,000 respectively, due within 30 days. Collecting fines isn’t the only business on the agenda for the FCC in the coming weeks: come Feb. 26, the commission will vote on net neutrality.

Kim Hart, an aide to FCC Chairman Tom Wheeler, confirmed in January that a vote on the FCC’s Open Internet rules has been tentatively scheduled for February. The controversial vote is expected to sharply divide the commission, with its three Democrats supporting the new rules and its two Republicans opposing it.

The vote is also likely to set off a heated debate in the political arena, where President Obama has been a fierce backer of net neutrality and most Republicans in congress have warned the FCC against taking action. The commission is expected to face a deluge of pressure from both sides in Congress and from consumer groups, the White House and consumers.

“300: Rise of an Empire” deploys a new set of ripped warriors to conquer the box office, but since they’ll be covered in blood for most of it, feast your eyes on 11 other leading men that risked a serious sun burn to kick some ass on the battle field before them.