Federal Communications Commission Chairman Julius Genachowski warned that the country was late and at risk of falling further behind in other countries in seizing on the opportunities of broadband. 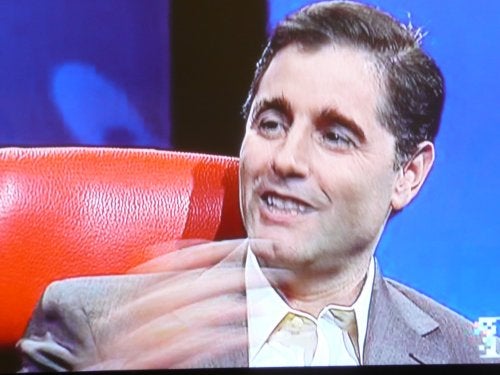 Speaking at the AllThingsD conference in Rancho Palos Verdes on Wednesday, Genachowski addressed the challenge by a court to his agency’s authority over broadband policy as a victim of Washington’s hamstrung political process.

He said the nation needed to move a broadband plan forward, and that the reason it was being challenged was because of special interests and their lobbyists.

“No one really cares what section in the statute we point to … except for the lawyers and lobbyists in Washington,” he said. “They surround many buildings in Washington.

“It would be a very unfortunate thing if that process slows us down in this global competition that we’re in on broadband,” he added.

Genachowski spent his first year as chairman fashioning a broadband policy that would propel forward the wiring of the nation’s digital infrastructure.

But a three-judge panel of the U.S. Court of Appeals has questioned the FCC’s authority to regulate the internet. Genachowski insisted that he is working through the issues of governmental jurisdiction.

But he was challenged on the point by interviewer Walt Mossberg.

Regarding commission’s broadband plan, “How far does your power really go? Can you fix it, do you have the power?” he asked.

Mossberg insisted: “Can you get something done that’s meaningful?”

“If we get sufficient participation from all stakeholders,” Genachowski allowed. “If people understand what’s at stake.”

The chairman, a former right-hand aide to media mogul Barry Diller, has been a cheerleader for getting broadband access to more remote and rural parts of the country.

He said the nation’s infrastructure for digital spectrum is not keeping with the rising consumer demand, citing the widespread complaints about AT&T’s less-than-optimal carriage that is a constant complaint among iPhone users.

And he cited a study that said the United States was dead last in its rate of innovation among 40 countries surveyed. “We’re moving more slowly than every other country in the survey,” he said. “That’s the canary in the coal mine.”

He added: “There’s no silver bullet, nothing that fixes this in a week or two. Unleashing mobile is the most important thing we can do. It’s the biggest opportunity to drive innovation, competition in broadband, is to take advantage of mobile broadband.”

FCC’s Genachowski: We Have the Authority We Need