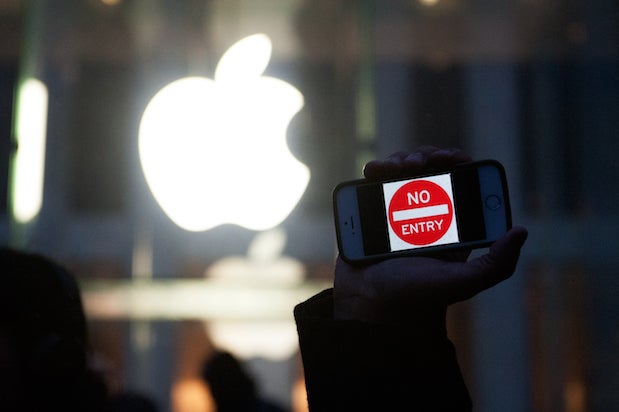 The Justice Department canceled a key hearing in its battle with Apple over a terrorist’s locked iPhone, saying in a motion that it may have found another way to break into the device.

A Justice Department motion late Monday, ahead of a planned hearing the next day, said that an outside party had demonstrated to the FBI a method for accessing the phone used by one of the shooters in December’s San Bernardino, California, mass murders.

After Apple declined to object to the request, U.S. Magistrate Judge Sheri Pym vacated the hearing.

The DOJ asked for the cancellation so it could have two weeks to test the hacking method, which could mean it needn’t force Apple into helping the FBI bypass security features on the phone. It will file a status report on April 5.

Apple has turned last month’s court order into a populist flashpoint for its bigger fight to protect a security protection known as encryption. Apple has warned that the government’s motion in the San Bernardino case could trigger a slippery slope that puts the digital privacy of any iPhone user at risk. The government has said that it has no intention of setting loose a “master key” or “backdoor” to iPhones; it wants computer programming to apply narrowly to that one phone.

But as both sides have explained their arguments in the case, the Justice Department, FBI and Apple have progressively indicated that the order could set a precedent that may impact many other phones that law enforcement wants to access.

Apple executives said news that the FBI had found an alternate route into the locked iPhone came as a complete surprise, speaking on a conference call with reporters. The development conflicts sworn statements by the FBI and DOJ that Apple’s help creating new software was the absolute only way investigators could crack the device, they said.

The news comes the same day that Apple used a flashy product unveiling to hammer home its resolve to fight the U.S. government’s court order as part of a larger battle.

“We have a responsibility to protect your data and your privacy,” Apple CEO Tim Cook said. “We will not shrink from this responsibility.”

Cook is also featured on the cover of the current issue of Time magazine, as part of a cover story on the topic.