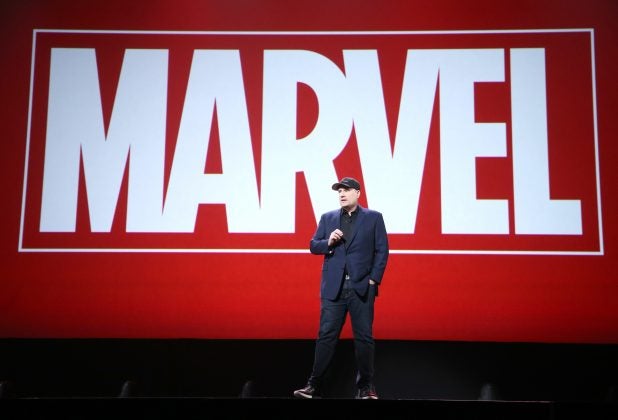 What more can be said about the success of Marvel except that it’s the biggest brand in the world with $16 billion in worldwide box office to date?

In its 10-year, 19-film history the studio has had six films gross more than $1 billion at box offices worldwide, with billions more than that in toys and consumer products. And as of this writing “Avengers: Infinity War” has already broken records as the highest domestic and international opener.  And with $1.16 billion after two weekends, it has become the fastest film ever to gross $1 billion worldwide and is expected to become one of the top five highest grossing films in box office history.

Like anything that finds a formula for success, Marvel has attracted plenty of imitators. But where Marvel continues to thrive and grow, other studios’ attempts to replicate the success have come up short. So the question is, what’s Marvel’s secret? How did a company once floundering in bankruptcy, with film rights to almost all of its A-list characters owned by other studios, end up ruling Hollywood.

What’s the secret? In a word, the company made good use of more than 60 years of comics lore and leveraged legions of fans – including one who ended up at the top of the company.

Most Hollywood studios have access to plenty of bankable Intellectual Property, but Marvel has a Kevin Feige. In 2007, just ahead of shooting 2008’s “Iron Man,” Feige was promoted to president of production at Marvel Studios after impressing executives with his comic book knowledge.

Since then, Feige has guided the Marvel Cinematic Universe every step of the way, acting as puppeteer.

“Kevin Feige is doing the same thing Stan Lee did for the comic books in the ’60s; he keeps everyone on the same page,” Jonathan Kuntz, a lecturer at the UCLA school of theater, film and TV, told TheWrap.

Marvel’s 19-film franchise goes against Hollywood’s nature, Kuntz said. A lot of franchises focus on trilogies before they tend to reboot or squash it after diminishing returns. But Marvel has maintained a franchise for this long, one that veers, goes off on tangents, yet always comes back to the main idea, thanks to a longer-term vision. And Feige’s been the one pulling the strings from the beginning.

“Doesn’t seem like any of the other major studios have found the right person to guide them, or even the right franchise,” Kuntz told TheWrap.

It should be said, however, Feige could pull all the strings he wants; it’d be useless if noone had built the puppet.

Even the boss himself has conceded he relies heavily on the source material that serves as the driving force behind the MCU.

“It starts with the comics and us getting to rip pages out, put them on the walls and start to be inspired,” Feige told the press ahead of the release of “Avengers: Infinity War.” “It is always a guide point, a North Star for us as we lead these giant productions into reality are right from those books where it all started.”

Also Read: How Marvel Bounced Back From Bankruptcy to Become Hollywood's Biggest Brand

He said they even sometimes pull dialogue directly from the comics.

In the ’60s, Marvel sparked what has since become known as “the Marvel revolution,” a shift in superhero comics that emphasized flawed protagonists and humanistic values, during which a lot of the stories now finding their way to the big screen were introduced.

Concepts and plots remained colorful and weird, but Marvel characters had complex personalities and had to deal with ordinary personal struggles alongside costumed adventures. And those characters continued to be developed over decades, in a shared and increasingly complex continuity that is now reflected in the movies based on them.

“Some franchises have to build these characters and stories from scratch,” David Hancock, cinema and entertainment research analysis for IHS Markit, told TheWrap.

But what makes Marvel such successful IP is it’s had those characters and stories to lean on.

“It’s almost like these films have been in development since the ’60s,” Kuntz said.

It’s All About the Fans

The MCU is a multi-billion dollar success now, but when it began in 2008 all the studio had after selling away its most widely popular characters were the die-hard fans of the comics.

Virtually no one cared about a character called Iron Man when Marvel set out to make a live-action big-budget film, a former Marvel employee who asked to remain anonymous told TheWrap.

Also Read: 'Avengers: Infinity War' Is Great Precisely Because It Relies on Other MCU Movies (Commentary)

“But we knew that the people who did care about Iron Man were going to be hardcore fans and that they were going to love it, tell their friends and their families to go see it,” the former employee said. “That first movie was full of cool comic book moments. Marvel’s always fully acknowledged its fan base.”

Franchises like “Harry Potter” and “The Hunger Games” — and to some extent what DC has done with Batman — have recognized how integral it is to deal in some fan service. “Harry Potter” is the fifth highest grossing franchise, according to Box Office Mojo, and “The Hunger Games” ranks above “Star Trek,” “The Dark Knight” trilogy and “Lord of the Rings.”

Other franchises, like “Transformers” probably could have reached another level if they did more to satisfy fans, the form Marvel employee said.

“The big key is the fandom,” they said. “With each new movie [Marvel] get’s more and more fans, so 10 years of these movies, of course ‘Infinity War’ is going to have the biggest opening ever. Geek culture is the new pop culture.”