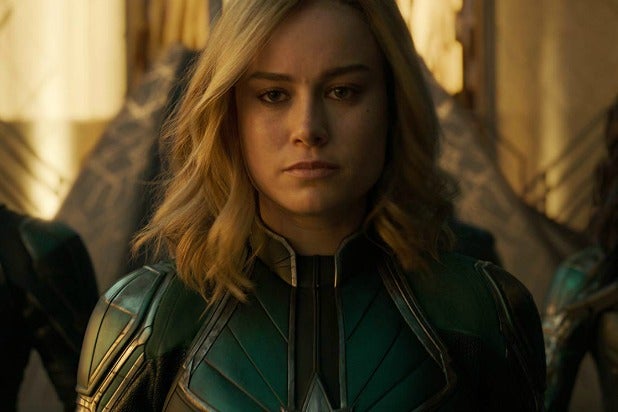 Female leads and co-leads in films saw a 13-year high for representation in the industry in 2019, and the total puts it on par with the diversity seen by female leads on television.

Forty-three of the top 100 grossing films of last year had a woman or girl as a lead or co-lead, according to a study conducted by the Annenberg Inclusion Initiative. That’s an uptick from 2018 when just 39 of the films had a female lead, and a significant growth dating back over a decade to 2007 when just 20 movies featured a female lead.

“It is clear that Hollywood is taking steps to create more inclusive stories and that those films are connecting with audiences,” Dr. Stacy L. Smith, founder of the USC Annenberg Inclusion Initiative said in a statement released Tuesday. “Yet, there is also a very obvious disconnect between what sells tickets and what garners awards points to a systemic bias at cultural institutions like the BAFTAs or the Academy Awards. After another year in which the major studios increased their output of films with female and underrepresented leads or co leads, it is critical to recognize that talent is not limited by gender or race/ethnicity.”

2019 also saw growth in representation for leads who were people of color, as 31 of the top 100 films had an underrepresented lead. Only 27 films in 2018 did the same, and that too is a growth from 2007 when only 13 films had diverse leads.

Further, 16 of those films also had an underrepresented woman in the lead or co-lead. Back in 2007, only one film from the top 100 grossing movies could say the same.

Universal Pictures distributed a greater quantity of films with leading characters who were female and/or from underrepresented backgrounds than other studios, with nine movies starring girls and women and eight with people of color in leading or co-leading roles.

“The results of this brief reveal that studios are putting money behind inclusion and that the box office is responding in kind. Despite the increase in female-led movies last year, only 12 of 2019’s top-grossing directors were women,” Dr. Smith said. “As the number of films starring women continues to increase, it is critical that women get the opportunity to tell these stories–as well as those with male leads.”

The full report examines the 100 top-grossing films from 2007 to 2019 and includes an examination of films with single or co-leading characters (ensemble films were excluded). The gender, race/ethnicity, and age of the leading and co leading actors was assessed.