The previous high of 29 percent was reached in 2016, according to the study.

However, according to the study, “It’s a Man’s (Celluloid) World: Portrayals of Female Characters in the Top Grossing Films of 2018” by the Center for the Study of Women in Television and Film at San Diego State University, male protagonists still dominated with 52 percent, and 17 percent were represented by ensembles.

Last year “may be remembered as the year in which things were not quite as they appeared for female characters,” the Center’s executive director Martha Lauzen explained. “While female protagonists rebounded last year, slightly besting the previous high achieved in 2016, the percentages of females as speaking characters and major characters remained relatively stagnant. Protagonists are the characters from whose perspective the story is told and so seeing more females in these roles is tremendously important. However, we are not seeing similar gains in the broader populations of major characters and in all speaking roles.”

Only 35 percent of films in 2018 featured 10 or more female characters with speaking roles, and women comprised 35 percent of all speaking characters, which accounts for an increase of one percentage point from 2017. The study also found that audiences were twice as likely to see male characters in the top grossing films as opposed to women. 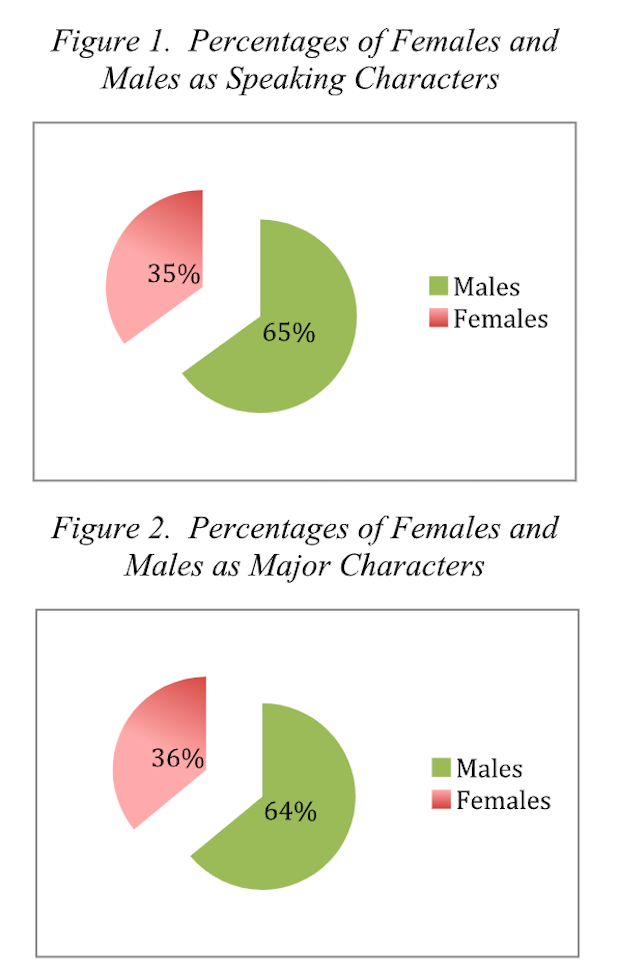 In 2018, females accounted for 36 percent of major characters, representing a one percentage point decline from the previous year.

The percentage of Black females increased five percentage points, from 16 percent in 2017 to 21 percent in 2018, also representing a historical high. However, the percentage of Latinas decreased from 7 percent to 4 percent. Asian females in 2018 films increased from 7 percent to 10 percent, but the report notes that this is largely due to the film “Crazy Rich Asians.” When that film was excluded from the analysis, Asians accounted for 8 percent of all female character, representing a one percentage point increase from the year before.

Also Read: Celluloid Ceiling: Women Comprised Only 5% of Directors in 2011 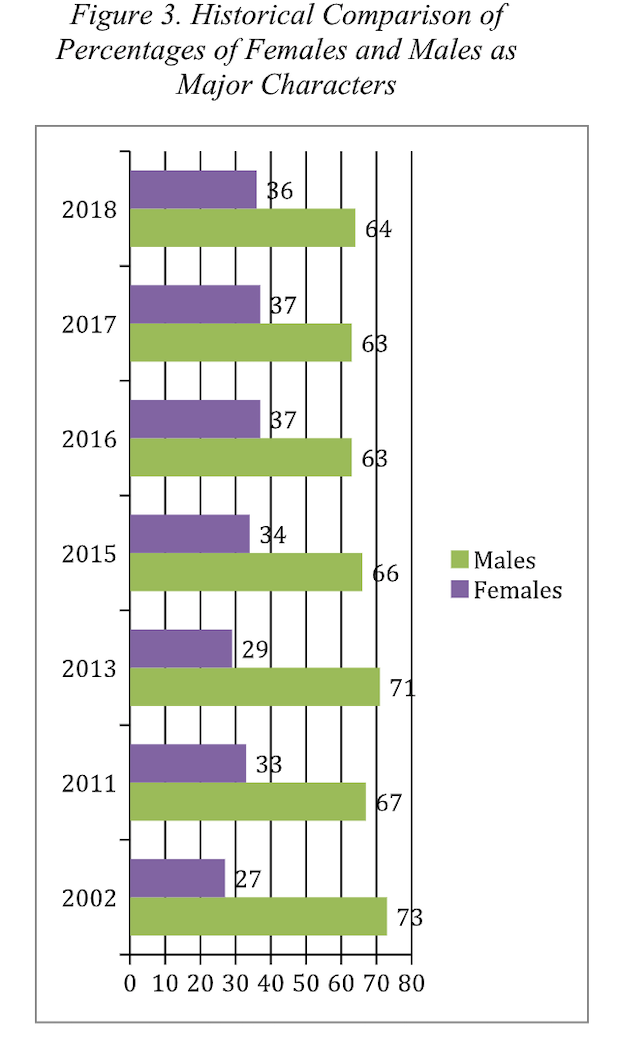