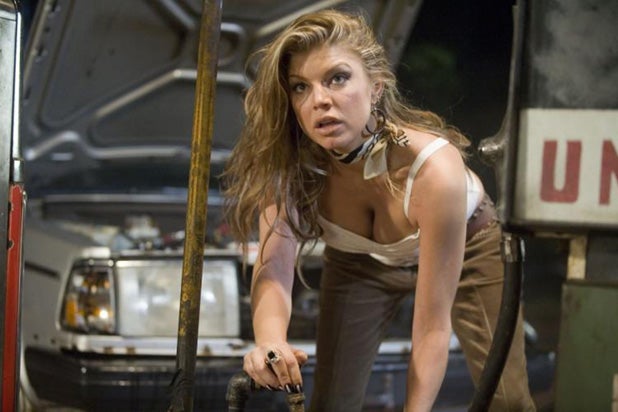 A 2006 video of Fergie saying Quentin Tarantino bit her on the set of “Planet Terror” has recently resurfaced, but the actress/singer says the incident is not a cause for concern.

“We were just kind of having banter. We were having a little bit of fun,” the host of the Fox singing competition “The Four” told “Entertainment Tonight.” “But make no mistake, I don’t want to take away from anyone’s story, and I stand with every victim and everyone’s story everywhere.”

The video, a behind-the-scenes bonus feature from the physical release of the Robert Rodriguez film, was resurfaced by Jezebel after a New York Times interview in which “Kill Bill” star Uma Thurman said she blames the director for an on-set accident that caused her major injury.

Tarantino made an appearance as a zombie in “Planet Terror,” and Fergie said in the video that her scene partner got a little too into the role.

“As I was filming the scene where the zombies attack me, Quentin really got into it. I think he had a lot of fun with that,” she said, later playfully adding, “Quentin f—ing bit me. And by the end of this shoot, I will bite him back.”

Rodriguez clarified in his interview that “it wasn’t that bad. It wasn’t like a bite, she wasn’t bleeding or anything.” The director said, “Certainly you felt some teeth on flesh. It happens, people get into the role.”