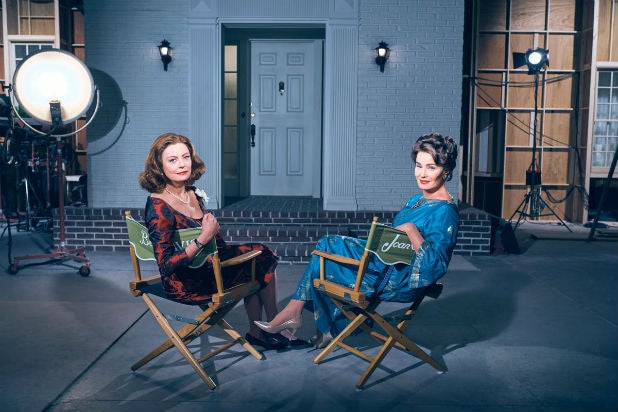 “Feud: Bette and Joan” is a long meditation on misogyny, fame and the ways we hurt each other in show business — but Sunday’s episode, set in 1962, delivers a brutal hypothesis on how women got booted from the directors chair as the studios came to power.

In a scene between Jessica Lange’s Joan Crawford and an assistant to “What Ever Happened to Baby Jane?” director Robert Aldirch, Lange delivers a blistering and concise monologue on how the studio system turned women filmmakers into glorified homemakers.

The assistant Pauline (Alison Wright) is pitching Crawford a movie she’s written and wants to direct. Pauline reminds Joan there is precedent in the female directors of the Silent Film Era — a forgotten generation of badass women like Alice Guy-Blaché who made the first narrative film in 1896, and was the first director to ever shoot on location and deploy a close-up shot.

Also Read: Hollywood's Woman Problem: Most Female Directors Made Only One Film in Last Decade

Crawford cruelly laughs off the idea, asking Pauline, “What do you guess prevented the next great wave of women directors?” She then answers her own question: “Money.”

Money came along. Silents were low cost, low risk. A producer might shrug at the idea of an ingenue or girl editor taking a turn behind the camera, but when the studios came to power they moved women to the feminine work. Costumes, continuity — directors needed stamina, leadership, fiscal responsibility. So men were given the bullhorn.

The words sting, given not much has changed 55 years after the scripted conversation takes place.

While the topic of gender parity in Hollywood has come front and center in the past two years, only six percent of wide releases in 2017 will be directed by a woman. The statistics are endless and depressing — 92 percent of studio films through 2019 will be directed by men. A recent study from USC says that the few women who get hired as directors will only helm one major project in their careers.

What’s more interesting about the psychology of “Feud” is that Crawford was a savvy player well aware she was breaking a major Hollywood law — getting older.

“I can’t say that we are any worse off for it,” Crawford says of the male-dominated system. It’s a set up for her next line, which gives credence to the fact that sometimes women can be just as guilty of sexism against other women.

The good news is this episode, “More, Or Less,” was directed by a woman. Liza Johnson helmed the fourth installment, written by Gina Welch and Tim Minear.