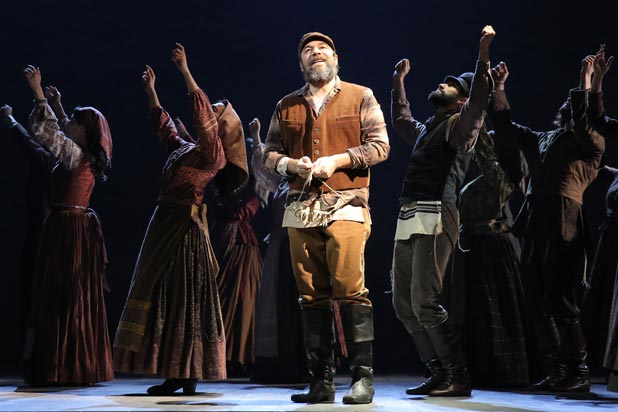 MGM is in the works on a feature film adaptation of the stage musical “Fiddler on the Roof” that will be directed by “Hamilton” director Thomas Kail, the studio announced Thursday.

Kail will also produce with Dan Jinks and Aaron Harnick and will work from a script by Steven Levenson.

The original stage musical “Fiddler on the Roof,” featuring music by Jerry Bock, lyrics by Sheldon Harnick and book by Joseph Stein, originally opened on Broadway in 1964 and was directed and choreographed by Jerome Robbins. It went on to win nine Tony Awards including Best Musical and played more than 3000 performances. The production has been revived on Broadway multiple times.

Also Read: Filmed Version of 'Hamilton' to Debut on Disney+ This Summer (Video)

MGM last adapted the play into a movie in 1971 starring Topol and directed by Norman Jewison, which won three Oscars and was nominated for Best Picture.

Kail directed the productions of “In the Heights” and “Hamilton” and is also the director of the live capture version of “Hamilton” that’s coming to Disney+. He also won a WGA award for “Fosse/Verdon” and directed and produced “Grease Live!” for FOX.

Levenson won the Tony Award for Best Book of a Musical for “Dear Evan Hansen,” and he most recently wrote the screenplay for Lin-Manuel Miranda’s “Tick, Tick…Boom!” and will adapt “Dear Evan Hansen” for director Stephen Chbosky’s upcoming film adaptation.