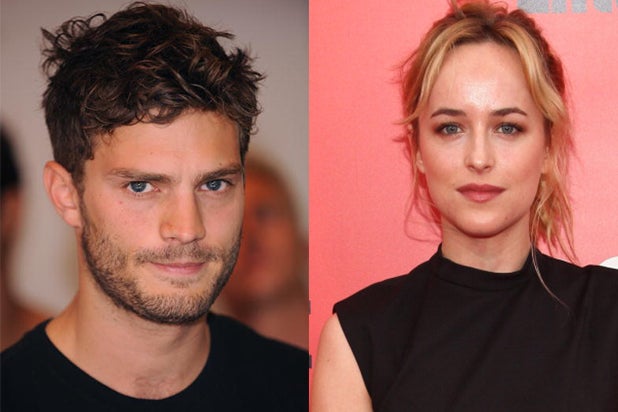 Theater owners were treated to the first look ever at the studio’s adaptation of E.L. James‘ kinky novel.

Bringing the book that left so many readers hot under the collar to life onscreen was a challenge, which Universal Pictures chairman Donna Langley admitted was a daunting one.

When asked how you make a film of “Fifty Shades of Grey,” Langley joked, “Very carefully.”

She praised a cast that includes Dakota Johnson and Jamie Dornan — calling them “brave, bold actors” — and promised that they have the kind of chemistry that will give viewers “the next iconic screen romance.”

As for the footage, romance was indeed the over-arching theme. There was a glimpse of a whip, a fleeting look at Johnson wearing a mask, and a confession by Dornan as Grey that “my tastes are very singular.”

The rest of the footage primarily consisted of the two attractive actors making moon-eyes at each other, in between helicopter rides and job interviews.