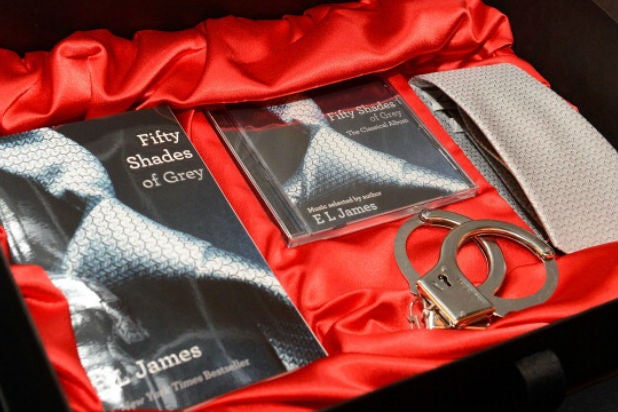 The group eventually sold their publishing rights to Random House, but not before Pedroza claims she was shafted out of major royalties from the sale thanks to an agreement revision with her business partner, Amanda Hayward.

“Hayward signed a contract on behalf of the Coffee Shop with Random House for the rights to the ‘Fifty Shades’ trilogy in exchange for millions in advances and future royalties but, because of her chicanery, all payments flowed to her and not the partnership,” the lawsuit said, according to media reports.

Pedroza claims Hayward restructured their partnership with fraudulent intent, citing tax benefits as a reason for an amended contract. The court sided with Pedroza, of Arlington, Texas, who will receive an undisclosed settlement — though her filing requested in excess of $1 million in damages.

The “Fifty Shades” trilogy has sold more than 100 million copies worldwide, and has since become a global box office smash.

drama also made box-office history by having the largest opening weekend for a female director ever, with an $85.2 three-day haul. It’s Universal’s top R-rated opening, and the studio’s third-highest opening ever behind Universal’sand “Fast & Furious 6.”