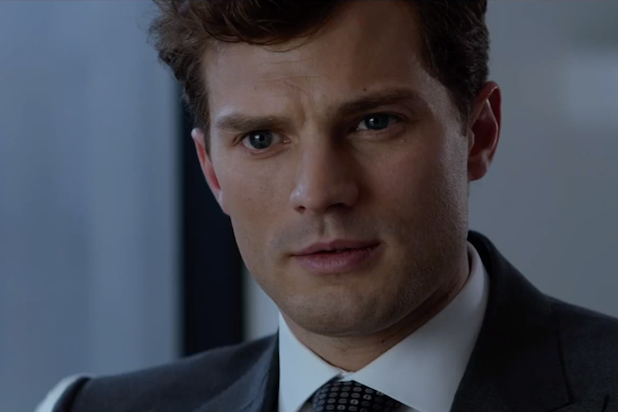 Between the popularity of the novels and the added intrigue of Beyonce recording a new version of “Crazy in Love” and attaching it to the trailer, expectations from producers Focus Features, Michael De Luca Productions and Trigger Street Productions were probably lofty. But they may not have predicted this degree of success.

As a point of reference, Psy’s “Gangnam Style,” which is the most watched video in the history of YouTube with well over 2 billion clicks, only had around 500,000 views July 15, 2012, the day it was first uploaded.

“The Avengers’s” first trailer, which premiered exclusively on iTunes in 2011, was downloaded 10 million times in its first 24 hours, according to Marvel — that movie wound up being the third highest grossing film of all time ($1.518 billion worldwide.)

See photos: 15 Times the ‘Fifty Shades of Grey’ Trailer Made You Shift in Your Seat

Though it’s well documented that James’ novel includes bondage, ball-gags and a Red Room of Pain, these things are only hinted at in the trailer. While some of its many, many viewers felt the first look at “Fifty Shades” was appropriately steamy, others found it mundane. Even the staff of TheWrap couldn’t come to a consensus.

None of that changes the fact that it was watched by a hefty amount of moviegoers with an Internet connection and two minutes and 33 seconds of free time Thursday.

In case you weren’t one of the nearly 7 million to already see it (or if you’d just like to watch it again), here’s the trailer for “Fifty Shades of Grey”:

“Fifty Shades of Grey,” directed by Sam Taylor-Johnson with a script adapted by Kelly Marcel, hits theaters on February 13, 2015.