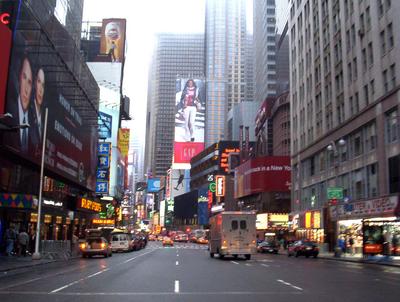 The Mayor’s Office of Film, Theater and Broadcasting (MOFTB) is looking for ways to plug the $155,000 it will lose in funding this year.

The proposed $300 fee will cover the processing of the initial application page for each new project, a spokesperson for the MOFTB said. Following that application, the office said that a project will not be charged for any requests for scouting, rigging, and shooting activity.

An office spokesperson made a point of emphasizing that this is not a location fee and that productions would not be charged multiple times for various location requests.

The same $300 fee will apply to any film or TV project, regardless of its size or budget, but the office said it will waive the new project application fee if an applicant is able to demonstrate unreasonable hardship.

While other cities administer a variety of film production fees, New York said it will continue to offer free police assistance,parking, and faccess to the majority of City-owned exterior locations. It will also offer free advertising on city bus shelters to productions that shoot at least 75% of their project in the New York City.

A move to charge productions still faces a few hurdles. The MOFTB will publish the proposal in the next few days, which will then be followed by a 30 day comment period and public hearing before a final set of rules is established.