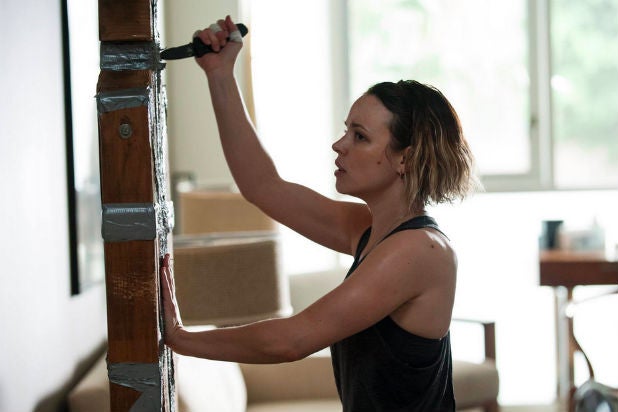 While it pained many fans of the first season of  HBO’s “True Detective” that the sophomore effort from creator Nic Pizzollato did not quite live up to expectations, they certainly found a place to join in venting their frustration where all rage defaults: social media.

Confusion, anger, disinterest and disappointment has been expressed over the past eight weeks while Rachel McAdams, Colin Farrell, Vince Vaughn and Taylor Kitsch gave it their best. Sunday saw the series finale, and the parting thoughts of viewers made “#TrueDetective” a number one trend on Twitter.

“What did I just watch? Was it good? Since when do I not understand ANY episode? I feel like I need a CATscan,” wrote user @aniaahlborn.

“Nic Pizzolatto just received at least half a dozen thumbs-up emojis from friends who didn’t know what else to text,” wrote @bobbyfinger.

And much like a visit from the Vinci Police, the news doesn’t get much better from there. Take look at the response to season finale of “True Detective”:

Feeling like the subtext is Rachel McAdams is trying to pretend she and Vince Vaughn didn't already meet on WEDDING CRASHERS. #TrueDetective

I'm not going to watch the #TrueDetective finale because it cannot possibly be better than the tweets.

Nic Pizzolatto just received at least half a dozen thumbs-up emojis from friends who didn't know what else to text.

#TrueDetective Season 2: what did I just watch? Was it good? Since when do I not understand ANY episode? I feel like I need a CATscan.

No need for a 3rd season of #TrueDetective. What season 1 built season 2 burnt down!

3 years from now I'm gonna rewatch a #TrueDetective S2 episode and laugh at myself for taking this show so seriously.

So… who killed that one dude? And why are those other dudes trying to kill the other dudes? #TrueDetective

#TrueDetective was a waste. A meandering plot that should have concluded..instead, closed the loop on everyone w/o any payoff for the viewer

If you thought fans were brutal, critical response wasn’t much better. Rotten Tomatoes compiled a “percent” fresh score per episode that tracks response across each episode: