Lindell announced the news on Instagram Monday, thanking her previous employer — which dropped her in January following a series of tweets promoting satanical conspiracy theories about the COVID-19 vaccine.

According to Lindell, Robinson will have her own show on LindellTV. 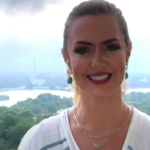 In November, she was banned from Twitter after repeatedly violating the platform’s guidelines about sharing COVID-19 misinformation. Among the tweets that earned her a permanent suspension was one that asserted COVID-19 vaccines “contain a bioluminescent marker called LUCIFERASE so that you can be tracked.”

Newsmax sidelined Robinson after the “bioluminescent marker” tweet and, in January, announced that her contract with the outlet would not be renewed.

“Emerald is still with Newsmax, however her contract ends in January and we will not be renewing it. We appreciate the work she has done on-air for the network,” the network said in a statement provided to The Washington Post. 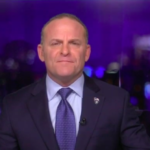 Robinson had served as Newsmax’s White House correspondent. She was replaced by James Rosen, a former Fox News personality who left that network in 2017 after he was accused of sexual harassment by multiple women, and was also accused of retaliating against women who rejected him.

Since the 2020 election, Lindell has been known for peddling the conspiracy theory that the election was stolen from former President Donald Trump. His claims prompted a  $1.3 billion defamation lawsuit from Dominion Voting Systems, according to Business Insider.