It’s not every day you see an actor play a character from college freshman to middle-aged divorcee. But Sarah Chalke, along with her “Firefly Lane” co-star Katherine Heigl, was up for the challenge.

“It’s such a cool experience, because you have so much material,” Chalke said in an interview with TheWrap. “To find Kate at 18 versus up in her 40s, that was one of my favorite parts of the job. … Seeing her go from this very insecure, vulnerable kid to growing up and trying to find her voice, to wanting to be married and have kids and live that life, and then realizing that she actually would like to find that other creative part of herself again.”

The 10-episode Netflix series, an adaptation of the bestselling 2008 novel by Kristin Hannah, stars Chalke and Heigl as a pair of inseparable best friends. Through interwoven timelines spanning the 1960s to the mid-2000s, “Firefly Lane” tells the shared life story of Heigl’s spiky, damaged daytime TV sensation Tully Hart and Chalke’s timid and earnest Kate Mularkey, a mother looking to reenter the world after separating from her husband. (The youngest, tween versions of Tully and Kate are played by Ali Skovbye and Roan Curtis, respectively.) 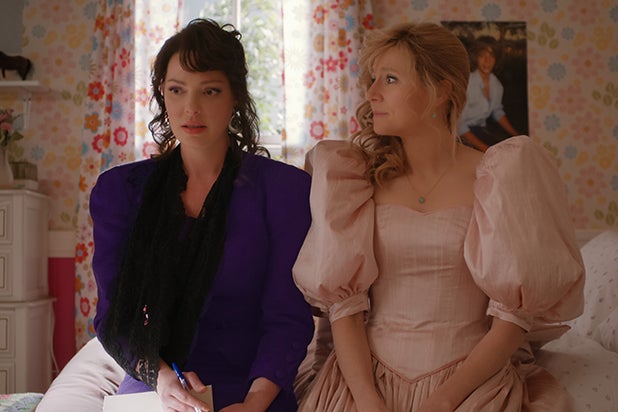 “I had one wig that was super, super short and crazy. I loved it, but it actually made me look way older,” Chalke said. “And, you know, you’re trying to do everything you can to make it so that people will buy that you’re 20. It was super humbling to be trying to figure that out. And then the tape comes out … I was like, ‘Wow, didn’t know that needed tape on my back. That’s — wow, OK’ (laughing). I think Netflix ended up using a little bit of special effects and CGI.”

But it was those costumes — including Kate’s signature glasses, for which Chalke auditioned “hundreds” of pairs — that really helped bring her performance to life.

“You kind of start with that. You put on this armor, and you start to move differently,” she said. “Playing with different things to feel younger, like when you’re a child almost wanting to make herself smaller or disappear. … And then as she got older, for the first couple of episodes, when she’s first coming out of the divorce, I was pretty much wearing zero makeup.” 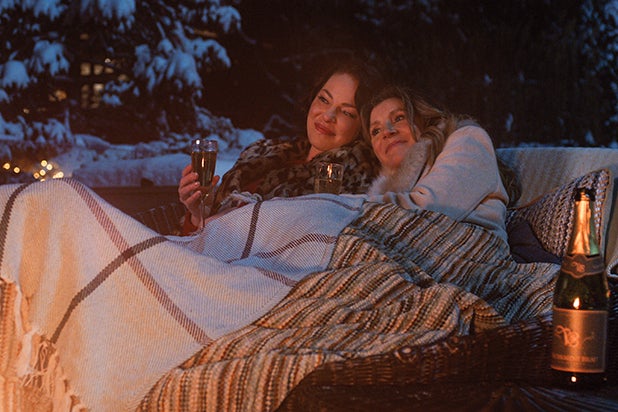 Kate’s relationship with Tully, meanwhile, was inspired by Chalke’s real-life friendship with Heigl. The two were introduced by mutual friend Dule Hill after Heigl relocated to Canada to begin working as a producer on “Firefly Lane,” and they became fast friends, even before Chalke signed on to co-star.

“There’s really not a fake moment, ever. And she’s quite disarming,” Chalke said of Heigl. “She just makes you feel really comfortable, so we immediately got along.”

She continued, “It’s always great when there’s a scene between actors and it feels natural. Especially with this story, I can’t imagine how it would work otherwise, with this 30-year history of [the characters] being best friends. I was snuggled on her shoulder bawling, we’re dancing on tables together, and nothing felt forced or rehearsed. I just felt really, really lucky that it all came together like that.”

“Firefly Lane” is now available to stream on Netflix.