“Firefly Lane” has been renewed for Season 2 at Netflix, the streaming service said Wednesday.

Per Netflix, “Katherine Heigl and Sarah Chalke will reprise their roles as lifelong best friends facing the ultimate test of their friendship and the path to sustain the other relationships in their lives.” 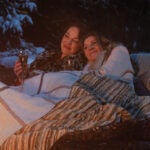 Here’s the official description for the show’s first season, which debuted in February: “The greatest love story of all can be between friends. When unlikely duo Tully (Katherine Heigl) and Kate (Sarah Chalke) meet at age fourteen, they couldn’t be more different. Tully is the brash and bold girl you can’t ignore, while Kate is the mousy shy girl you never notice. But when a tragedy brings them together, they are bonded for life — forever inseparable best friends. Together they experience thirty years of ups and downs — triumphs and disappointments, heartbreak and joy, and a love triangle that strains their friendship. One goes on to fabulous wealth and fame, the other chooses marriage and motherhood — but through the decades, their bond remains — until it faces the ultimate test.”

The 10-episode show starring Heigl and Chalke as lifelong besties, which debuted Feb. 3, was watched for more than 1.3 billion minutes in just its first five days, the ratings currency company said March 4. 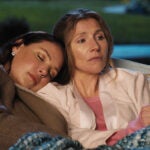