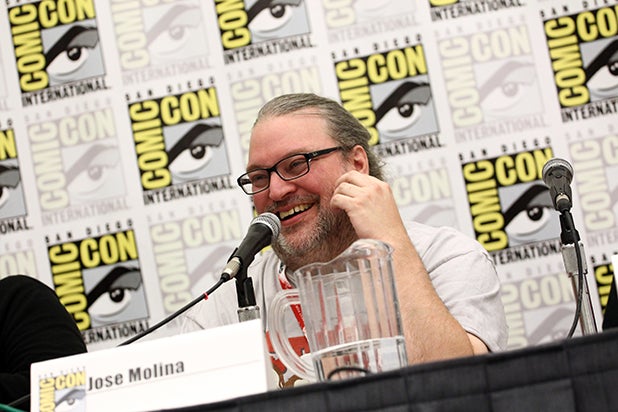 Writers who have worked with Joss Whedon have begun speaking out about their experience with the “Buffy the Vampire Slayer” creator in light of Charisma Carpenter’s allegations earlier this week.

“‘Casually cruel’ is a perfect way of describing Joss,” “Firefly” writer Jose Molina wrote in a tweet Friday evening, adding the #IStandWithCharisma hashtag. “He thought being mean was funny. Making female writers cry during a notes session was especially hysterical. He actually liked to boast about the time he made one writer cry twice in one meeting.”

Molina, who went on to work on shows including “Agent Carter” and “Sleepy Hollow,” is credited with two episodes of the short-lived, cult-favorite Whedon series.

Marti Noxon, who served as showrunner on “Buffy” for its final two seasons, voiced support for Carpenter and the other actresses who have spoken out against Whedon.

“I would like to validate what the women of Buffy are saying and support them in telling their story. They deserve to be heard,” she wrote. I understand where Charisma, Amber [Benson], Michelle [Trachtenberg] and all the women who have spoken out are coming from.”

The popularity of Whedon’s series — including “Firefly,” “Buffy” and its spinoff “Angel” — was pivotal in the careers of a number of writers, and Molina and Noxon’s tweets on Friday mark the first major instances of writers formerly associated with Whedon publicly addressing the issue. Representatives for Whedon declined to comment on the tweets.

Carpenter earlier this week accused Whedon of “hostile and toxic” behavior on the sets of “Buffy” and spinoff “Angel,” two of Whedon’s most beloved shows. The actress, who starred as Cordelia Chase on both series, also voiced support for “Justice League” star Ray Fisher and revealed that she was among those who participated in the Warner Bros. investigation into Whedon’s alleged misconduct.

“He was mean and biting, disparaging about others openly, and often played favorites, pitting people against one another to compete and vie for his attention and approval,” Carpenter wrote. She accused the creator of making “passive-aggressive threats” and taking retaliatory action against her becoming pregnant while doing the show.