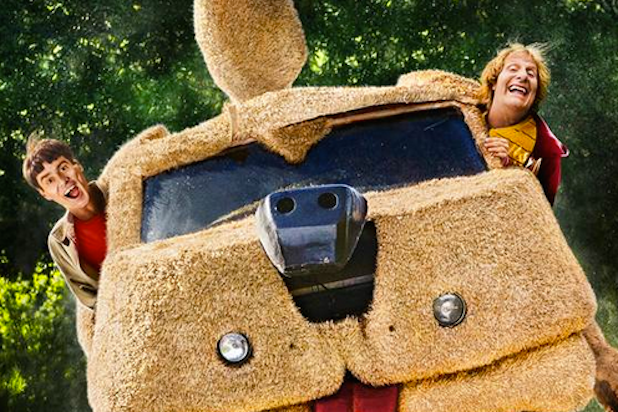 It’s been 20 years, and Harry and Lloyd still haven’t been able to upgrade their wheels.

A new poster for the long-awaited sequel to “Dumb and Dumber,” the aptly titled “Dumb and Dumber To,” hit the internet on Tuesday morning, courtesy of distributor Universal’s corporate partners at the “Today” Show (synergy breeds exclusives).

As you can see, the morons portrayed by Jim Carrey and Jeff Daniels haven’t changed a bit, which is quite a relief for everyone who remembers the 90’s with nostalgic fondness (or just anyone who likes a good poop joke).

The first trailer is out later today; the film hits theaters on November 14.