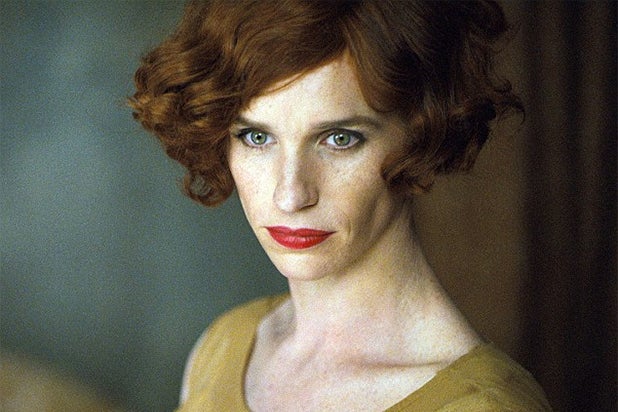 Fresh off his first Oscar win for “The Theory of Everything,” Eddie Redmayne is going from playing a scientific genius to a social pioneer.

The first official photo has been released from “The Danish Girl,” and shows Redmayne as Einar Wegener, a Danish-born artist who was one of the first known people to undergo sex reassignment surgery. Born male, she underwent a series of experimental surgeries in Germany, beginning in 1930.

“I haven’t worked since ‘The Theory of Everything,’ so it’s been really good to get the muscles exercised again,” Redmayne told TheWrap about working on the film moments before last Sunday’s Oscars ceremony.

Tom Hooper is directing the film, which features Redmayne’s artist character, one of the first men to undergo operations to become a woman. It’s based on the book of the same name by David Ebershoff. Alicia Vikander plays Wegener’s wife, Greta, who becomes an overnight artistic sensation for her paintings of Einar in drag, and who ultimately stands by Wegener through the changes in her life.