Apple and David Ellison’s Skydance Animation have closed a multiyear partnership first reported to be in talks in December, and today, the studios have given a first look at the two animated films that will premiere on Apple TV+, “Luck” and “Spellbound.”

Apple has also ordered two seasons of an animated series from Skydance Animation, “The Search for WondLa.” Several other feature films and TV series will be announced over the term of the partnership.

Both “Luck” and “Spellbound” were originally slated for theatrical release in 2022 through Paramount, though no new release date has been set for either film.

“Luck” is directed by Peggy Holmes and is about an unlucky girl who, after stumbling upon the never-before-seen world of good and bad luck, must join together with magical creatures to uncover a force more powerful than even luck itself. The film was written by Kiel Murray.

“Spellbound” is a new animated musical with an original score from Alan Menken and lyrics by Glenn Slater. The film follows a young girl who sets out to break the spell that has divided her kingdom in two. It’s directed by Vicky Jenson and written by Lauren Hynek, Elizabeth Martin and Linda Woolverton.

“The Search for WondLa” is a new animated show based on the book series by Tony DiTerlizzi. The Apple Original series will be written and executive produced by showrunner Lauren Montgomery, with Chad Quant, DiTerlizzi and Gotham Group also serving as executive producers.

Apple currently has an awards player with its animated feature “Wolfwalkers,” while the series “Ghostwriter” and “Snoopy in Space” have each won Daytime Emmys. Apple also recently made a big splash in acquiring “CODA” for a record $25 million out of Sundance. 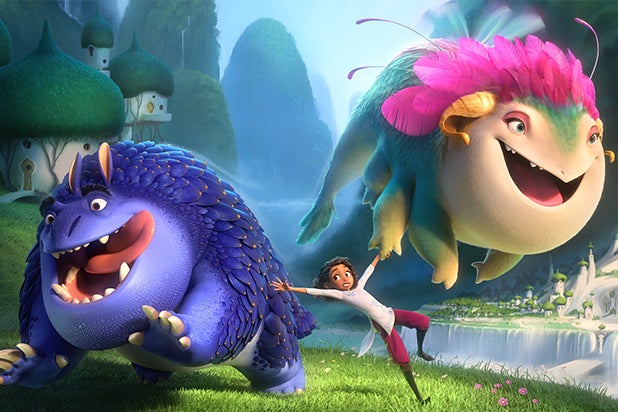