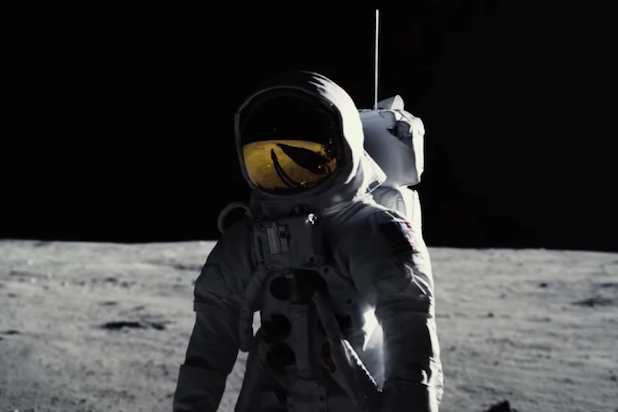 For most moviegoers, IMAX is probably associated with two kinds of films: the nature documentaries that you see at museums, or the biggest movies of the year like “Avengers: Infinity War” or “Jurassic World.” But with “First Man,” IMAX is taking another step beyond the tentpole fare that drives much of their annual box office revenue.

Only a small number of films a year get the full promotional support of IMAX and extended engagement on the company’s 400-plus domestic screens. Those spots are reserved for what the company calls DNA films — movies that use IMAX technology. Last year, IMAX partnered with Warner Bros. and longtime collaborator Christopher Nolan to make the Oscar-winning film “Dunkirk” into one of those DNA films.

For a WWII film that caters to older audiences, to be one of those DNA films was a departure from the popcorn flicks that usually serve as IMAX’s main moneymakers. But the move paid off as IMAX accounted for 15 percent of the film’s $527 million global gross.

Now IMAX is taking a similar approach with “First Man,” another non-tentpole directed by Damien Chazelle, with the film’s climactic sequence on the moon filmed with IMAX cameras in 4K. IMAX Entertainment CEO Greg Foster said that their interest in helping make “First Man” and “Dunkirk” into DNA films wasn’t about their Oscar potential. It was about working with filmmakers.

“We are about building relationships with people who are in it for the craft. Directors, cinematographers, producers, all of them,” Foster told TheWrap. “We met with Damien and his D.P., Linus Sandgren, and they were very enthusiastic about using the IMAX format and digging into the nuts and bolts of it.”

Though only a few minutes of the film actually used IMAX cameras and are presented in the format, Chazelle and his team used IMAX technology throughout the film. The scenes with NASA missions and tests had their sound design tailored for IMAX sound systems, making the audience feel as if they are right there with Neil Armstrong as the roar of the rocket lifting off rattles their seats. Post-production was also done with IMAX technology to give the film a grainy visual quality akin to old NASA test footage.

But it was the chance to give the moon a larger-than-life feel that starkly contrasts with Armstrong’s life on Earth that interested Chazelle most.

“We were always very conscious that the film opens up when you get to the moon, so we wanted it to feel like ‘The Wizard of Oz’ when Dorothy arrives in Oz,” Chazelle said.

“But it also made us mindful in the rest of the movie of what’s going to hold up in the format. I was really surprised with how a lot of the 60mm photography was also able to hold up well in IMAX. With their technology, we were able to reduce the grain so it wouldn’t be distracting at important moments but also lean into it when it felt appropriate, and with the sound we could range from the really intimate moments to these bombastic moments with the launch.”

Beyond top directors like Nolan and Chazelle, IMAX also wants to form the same sort of relationship with filmmakers across the Pacific, holding symposiums with directors from China and India. It is also making plans to create DNA films out of projects being filmed in and for Asian countries.

“We want to show them that our skills are available to them to create any kind of movie, whether it’s a tentpole movie or something more intimate,” Foster said.

And back in the States, it won’t just be biopics and war films that get the IMAX treatment. While the format is often used for awe-inspiring vistas, enormous beasts, and larger-than-life heroes, its immersive quality can also be used to draw a viewer into a terrifying, claustrophobic nightmare. And because of that, Foster believes that horror will soon become a fertile ground for DNA films as well.

“Five years ago, or even three years ago, I probably wouldn’t have said that,” Foster said. “But it’s clear that there is so much interest from moviegoers and filmmakers alike in horror. Next year, we will have ‘It: Chapter Two’ on our screens, and I think that as more directors start to really experiment with what can be done with horror films, there will be lots of opportunities for IMAX to be a part of that creative process.”

It’s an intriguing frontier for IMAX to step into. But one small step for the studio could be a giant leap for directors looking to blow their audiences’ minds.