A version of this story about “Flee” and Jonas Poher Rasmussen first appeared in the International Issue of TheWrap’s awards magazine.

Animation has been used for a variety of purposes in documentaries. It can be used for re-enactments, or to explain a complex concept, or to draw out a map or a timeline. But Jonas Poher Rasmussen’s “Flee” uses it for a much more personal purpose: to maintain the anonymity of a friend.

“Flee,” which is Denmark’s selection for the Best International Feature category at the 2022 Oscars, follows Amin, an Afghan refugee whom Rasmussen met when he was 15. Amin (who uses an alias in the film) and his family were among the countless who escaped Afghanistan during the civil war in the 1980s, first fleeing to Soviet Russia before risking their lives and handing every dollar they had to callous traffickers to help them reach Europe, all while Amin hides his homosexuality from his family.

Rasmussen said that while he’s known Amin for decades, his friend wasn’t comfortable at first with the idea of making his life into a documentary. “He said he wasn’t ready, but he knew that one day he would have to tell his story and that when that came he would tell it to me,” he said. 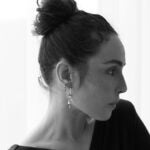 That day came when Rasmussen joined ANIDOX, a Danish program that pairs up documentary projects with independent animated studios. With France’s Vivement Lundi and Denmark’s Sun Creature Studio now on board to turn Rasmussen’s camera footage and Amin’s memories into hand-drawn re-creations, the filmmaker won Amin’s permission to tell his story.

“Amin had always been very quiet about where he had come from and how he made it to Denmark from Afghanistan, and he was worried about people recognizing him if his story was made into a movie,” he said. “Having animation really gave him the space to open up and while he’s obviously been home while we’ve been showing the movie at festivals, he’s been really pleased that people have embraced it.”

Rasmussen makes the filmmaking process part of the story of “Flee” to show Amin’s struggle with opening up about a past he’s fought hard to leave behind. Amin’s interviews take place over the course of three years, the passage of time marked by scenes of him house-hunting with his soon-to-be husband, Kasper. 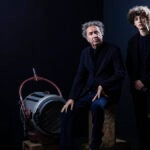 Also Read:
Paolo Sorrentino’s Big Challenge With ‘The Hand of God’: Stop Trying to Be Fellini

Those scenes of a stable present collide with Amin’s memories of poverty, fear and trauma, with the most terrible moments presented as dark blurs with vague outlines of human shapes to reflect the nature of repressed memories. Over time, Rasmussen learned about light and color techniques as he worked with animation director Kenneth Ladekjær and art director Jess Nichols to bring Amin’s words to life.

“At times he would have a hard time talking about things. His voice would change when he was talking about something traumatic, and I believed that change should be seen visually through the animation,” he said. “From his testimony, we would decide when we needed to hear his voice and when we go into these reenactments.”

And Rasmussen also had to choose when to remove the animation entirely, such as when he shows archival news footage of a decrepit house in Sweden where hundreds of refugees, including Amin’s sisters, were forced to stay for months upon arriving in the country. 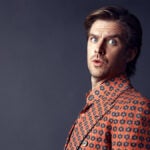 Also Read:
How Dan Stevens Simulated ‘the Strangeness of Humanity’ to Play a German Robot in ‘I’m Your Man’

“It was important for me to have these reminders that this is still a real horror that happened for so many people, that this is a true story,” he said. “As I was talking with Amin I spent so much time on YouTube just looking up the history of the civil war and I saw so many clips that I knew had to be in the film.”

Of course, after all these years immersing himself in Amin’s past and in the history of Afghani refugees, Rasmussen never could have imagined that “Flee” would hit theaters at a time when Afghanistan has been back in the headlines following the Taliban’s return to power and the frantic withdrawal of thousands of Americans and Afghan partners from the country.

“I’m in touch with Amin all the time and he was really heartbroken because he could see all these young Afghans being pushed out of the country and finding themselves in the same situation he was. It brought back a lot of those memories that he had trouble handling when we were doing interviews for the film and it has been tough.”

Read more from the International issue of TheWrap magazine here.