Fleetwood Mac’s Lindsey Buckingham is opening up about getting fired from the band — and he’s placing the blame squarely on his ex-bandmate Stevie Nicks and ex-manager Irving Azoff. But they say he has no one but himself to blame.

In a new interview with the Los Angeles Times, Buckingham — who was the band’s lead guitarist and male lead singer from 1975 to 1987 and 1997 to 2018 — asserts that Nicks refused to delay the band’s tour so that he could promote his solo music, eventually giving Buckingham an ultimatum — she would leave or he would. “It would be like a scenario where Mick Jagger says, ‘Either Keith [Richards] goes or I go,’” Buckingham told the Times. “No, neither one of you can go. But I guess the singer has to stay. The figurehead has to stay.”

Buckingham then added that the move was made as part of Nicks’ efforts to “[remake] the band more in the Stevie Nicks vein.” Buckingham noted that he believes she was jealous that Buckingham still had the energy to “jump around in an age-inappropriate way” on stage. 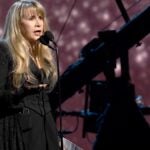 “His version of events is factually inaccurate and while I’ve never spoken publicly on the matter, certainly it feels the time has come to shine a light on the truth,” Nicks fired back in a statement to the Times. “To be exceedingly clear, I did not have him fired, I did not ask for him to be fired, I did not demand he be fired. Frankly, I fired myself. I proactively removed myself from the band and a situation I considered to be toxic to my wellbeing. I was done. If the band went on without me, so be it..”

Buckingham then turned his ire on the band’s manager, Irving Azoff, saying he didn’t back Buckingham up in 2018 because “he’s still driven by the money” and simply wanted to cash in on the fans’ love of Nicks.

“I have historically declined comment on artists, but in the case of Lindsey Buckingham, I will make an exception,” Azoff told the Times. “While I understand it’s challenging for Lindsey to accept his own role in these matters and far easier to blame a manager, the fact remains that his actions alone are responsible for what transpired. Frankly, if I can be accused of anything it’s perhaps holding things together longer than I should have. After 2018 when Fleetwood Mac evolved with their new lineup, my continued work with the band was due entirely to the fact I’ve been aligned with Stevie Nicks in thought and purpose from the earliest of days. While financial gain was not a motivator for me, it was a delightful bonus that the band scored their highest grossing tour ever without Lindsey.”