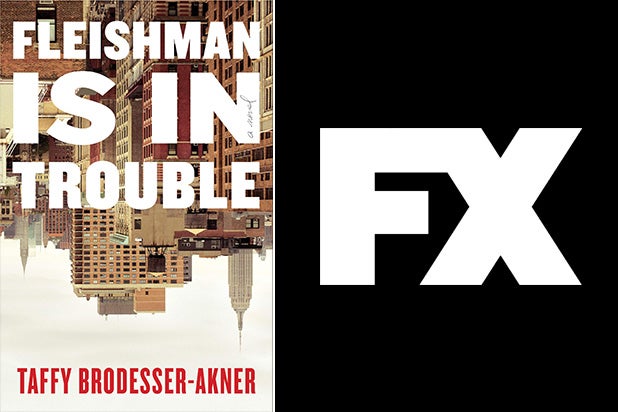 A limited series of Taffy Brodesser-Akner’s bestselling novel “Fleishman Is in Trouble” is in development at FX, TheWrap has confirmed.

Published in June by Random House, “Fleishman Is in Trouble” centers on the recently separated Toby Fleishman whose ex-wife drops off their kids in the middle of the night and suddenly disappears without reason or explanation.

Brodesser-Akner is on board to write and executive produce the adaptation herself, with Sarah Timberman, Susannah Grant and Carl Beverly of Timberman/Beverly Productions also serving as executive producers. The project hails from ABC Signature Studios.

A writer for The New York Times and previously GQ, ESPN the Magazine, and many other publications, Brodesser-Akner is known for her profiles of celebrities including Bradley Cooper, Gwyneth Paltrow and Marianne Williamson. “Fleishman Is in Trouble” was her first novel and went on to become a New York Times bestseller and receive widespread critical acclaim shortly following its release.

In a statement to Deadline, which first reported the news, Brodesser-Akner said “I can’t believe how lucky I am to get to work with these producers and with this studio. I wrote a novel thinking it was just a little story that I had to get out into the world, and never allowed myself to think that the story would continue on like this, and I couldn’t imagine better stewards for doing it.”