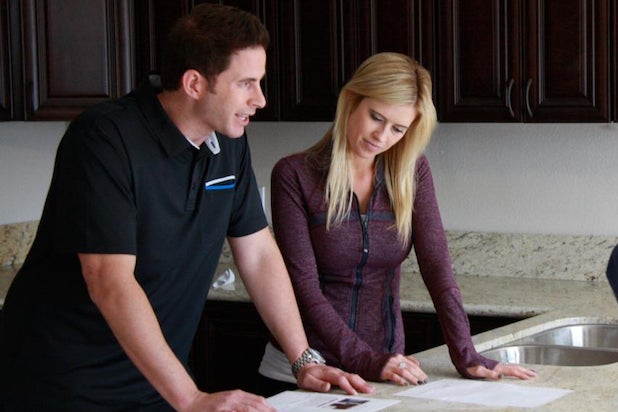 Tarek and Christina El Moussa may be getting divorced, but they have plenty of reasons to continue working together. About 5.2 million reasons, to be exact.

The (still, technically) husband and wife real estate team and “Flip or Flop” hosts have renovated 130 homes for HGTV to-date. It’s been a very mutually beneficial business arrangement, as the Scripps-owned cable channel loves the TV ratings, and the El Moussas must be pretty pleased with the cash.

Thus far, Tarek and Christina have profited $5,238,800, according to a Wikipedia episode-by-episode recap TheWrap tallied — and that’s not even counting the 17 homes that didn’t have final sales prices available.

The El Moussas have only actually lost money on one “Flip or Flop” project — read all about that waste of time here.

The estranged couple and co-parents of two young children had their most profitable run over Season 4, when they hauled in more than $1.2 million. Their sophomore run was runner-up — both seasons covered 14 homes.

Season 3 was third-best in terms of the El Moussa bottom-line, but that one also had the most episodes, with 15.

Yeah, we’d stay together for that kind of coin too. Oh, and the kids, of course.