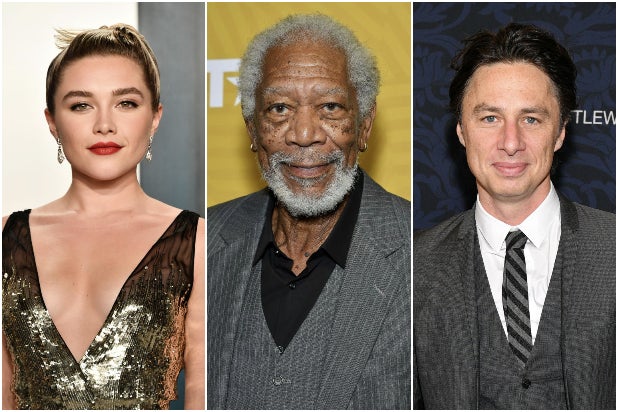 Florence Pugh and Morgan Freeman are set to star in the drama “A Good Person,” the next film from director Zach Braff.

Braff will write and direct “A Good Person,” which stars Pugh as a woman whose life falls apart after she’s involved in a fatal accident. Years later, she forms an unlikely friendship with Freeman, who plays her would-be father-in-law and helps her lead a life worth living.

“A Good Person” is being introduced to buyers at the virtual Berlin film market. Rocket Science is handling international sales, and CAA Media Finance is arranging financing and will represent the film’s domestic distribution rights.

Braff’s previous film was 2017’s “Going Out in Style,” which also starred Freeman, and he most recently directed an episode of the Apple TV+ comedy series “Ted Lasso.”

Pugh is an Oscar nominee for “Little Women” and is working on Olivia Wilde’s “Don’t Worry Darling.” She’ll next be seen in “Black Widow” for Marvel and is also attached to another film at Apple TV+, a sci-fi called “Dolly.”