A group of Florida residents have refiled a lawsuit against the Gov. Ron DeSantis over a law that will dissolve Disney’s special tax district, known as the Reedy Creek Improvement District, claiming the state violated their rights and will burden them with $1 billion in Disney’s bond debt.

A federal judge last week threw out the suit less than a week after it was initially filed. The same group of plaintiffs and legal teams has now refiled the suit in the 11th Judicial Circuit state court in Miami-Dade County, Florida. The move was expected.

“The federal judge who ruled in the first case, strongly insinuated that the case should be filed in the State Court. We have done exactly that and included more relevant grounds,” attorney William J. Sanchez said in a statement. “The case arises out of the ‘Don’t Say Gay’ bill and Gov. DeSantis attempts to punish Disney. In fact, Florida taxpayers will be punished. Thus, the reason for the lawsuit. We will continue to protect Florida taxpayers and not allow Gov. DeSantis to bully the people around.” 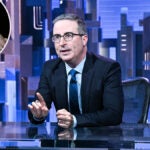 A representative for DeSantis’ office in response to the new suit referenced last week’s dismissal in which the judge said “that indirect and highly speculative alleged injury cannot support federal jurisdiction. Senate Bill 4-C itself will not raise Plaintiffs’ taxes.” The rep for DeSantis added “this complaint lacks merit. It appears to be a publicity stunt.”

The plaintiffs, who are identified as Michael Foronda, Leslie Foronda, Edward Foronda and Vivian Gorsky and are described as property owners living near Reedy Creek in the surrounding Orange and Osceola counties, filed a complaint in Florida federal court earlier this month, alleging that stripping Disney of its special district designation would “move these major regulatory burdens unto the county, thereby increasing the Plaintiff’s taxes, and will cause significant injury to plaintiffs.”

“Ron DeSantis has been clear on his intended punishment of Disney, although he claims the elimination of special districts will not affect central Florida taxpayers,” the slightly updated new suit reads. “Plaintiffs ask for the opportunity to be heard since their rights are clearly being violated.” 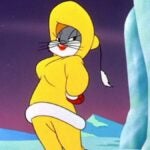 Since 1967, Disney has received tax and regulation exemptions for an area known as the Reedy Creek Improvement District. The exemption in effect allows Disney to govern itself on Disney World grounds, including having its own fire department and board of supervisors, as well as the ability to oversee land and environmental regulations. But DeSantis signed a bill into law last month that would end the privileges.

DeSantis’ passage of the law has widely been seen as retaliation against Disney for opposing the “Don’t Say Gay” legislation, with him railing against “woke corporations” under the belief that they have an agenda to push ideas about sexuality into their programming and saying that he didn’t want such companies getting “special treatment” in the state.

DeSantis on Monday in remarks addressed the recent criticism of the Reedy Creek repeal and reasserted that taxes would not be raised on local citizens.

“Just think about it: the same people who criticize me for saying ‘you’re punishing Disney’ are also saying we’re going to relieve Disney of $766 million in debt? How would that be a punishment? It makes no sense,” DeSantis said. “I can tell you this: that debt will not end up going to any of these local governments. It’s not going to go to the state government either. It’s going to absolutely be dealt with.” 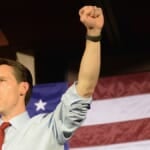