Lifetime is going back to the beginning with a prequel miniseries for “Flowers in the Attic,” which will tell the story of Olivia Winfield and Malcom Foxworth, parents to Corrine Foxworth and grandparents to Cathy and Chris Dollanganger, the cable channel announced Tuesday during its day at the Television Critics Association’s virtual press tour.

Per Lifetime, “Flowers in the Attic: The Origin” tells the story of the headstrong and determined Olivia Winfield (Rooper) who is working alongside her beloved father (Hamlin) when she finds herself unexpectedly wooed by one of the nation’s most eligible bachelors, Malcom Foxworth (Irons). After a whirlwind romance, Olivia finds herself as the mistress of the imposing Foxworth Hall, where she soon discovers that the fairytale life she expected has quickly become a nightmare.  Under Malcolm’s debonair exterior lies a dark heart, and a twisted evil lurks inside Foxworth Hall that will threaten Olivia’s happiness and that of her children. Her attempts to keep them all safe ultimately push Olivia to become to most terrifying version of herself, leading to her inevitable—and notorious—decision to lock her grandchildren in the attic. 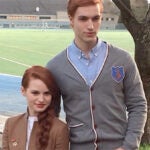 Dodd stars as Olivia’s daughter, Corinne; while Williams takes on the role Foxworth Hall’s longtime staff member and Olivia’s observant housekeeper, Nella. Mulgrew plays Mrs. Steiner, Malcom’s loyal house manager and head of the Foxworth Hall staff. Grammer portrays Malcom’s illustrious father Garland Foxworth, who is married to new wife Alicia, played by Boden. Wesley stars as John Amos, Olivia’s cousin whose revelations change her life forever and Callum Kerr stars as Christopher, a close relative of the Foxworth family whose life will be eternally intertwined with Corrine’s from the moment they set eyes on each other.

Lifetime aired its TV movie adaptations of Andrews’ “Flowers in the Attic” and “Petals on the Wind” in 2014. The channel says “The Origin” miniseries will “pull back the curtain to reveal the twisted origins and dark secrets of the Foxworth family.” 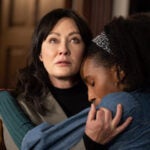 Also Read:
Shannen Doherty to Star in ‘Dying to Belong’ Remake at Lifetime

“Flowers in the Attic: The Origin” is based on the prequel novel “Garden of Shadows,” which was written by Andrew Neiderman. The miniseries is written by Paul Sciarrotta, Amy Rardin and Conner Good. Executive producers include Sciarrotta, Jennie Snyder Urman, Joanna Klein, Zoë Rocha, Gary Pearl and Dan Angel. Declan O’Dwyer also executive produces and directed part one and part two of the miniseries, with Robin Sheppard serveing as director for parts three and four.

“Flowers in the Attic: The Origin” is an A+E Studios production in association with Sutton St. Productions and CBS Studios.