Lifetime has greenlighted a remake of the 1997 TV movie “Dying to Belong” about sorority hazing, the network announced Tuesday.

Shannen Doherty will star in the movie alongside “Supergirl’s” Favour Onwuka and “iZombie” actress Jenika Rose. Onwuka and Rose will play college freshman who become “fast friends,” according to Lifetime’s description of the film. “Riley (Rose), whose mother Katherine (Doherty) was a legacy Pi Gamma Beta, decides to rush in hopes of following Katherine’s footsteps and is ecstatic when Olivia (Onwuka) joins her. Sensing the opportunity to go undercover to write a story about hazing practices, Olivia soon discovers there are deadly secrets involved in being part of the sisterhood.”

The original “Dying to Belong,” directed by William A. Graham, aired in 1997 on NBC, starring Hilary Swank, Sarah Chalke, Jenna von Oÿ and Mark-Paul Gosselaar. Dying to Belong will debut this fall on Lifetime. 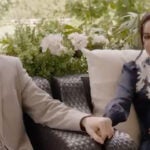 Lifetime’s “Dying to Belong” is slated to premiere on Lifetime this fall. Gail Harvey is set to direct from a script by “Wynonna Earp” writer Caitlin D. Freyers. Pink Buffalo Films and Wishing Floor Films produce, with Danielle von Zerneck and Shawn Angelski executive producing. Frank von Zerneck, Danielle von Zerneck’s father, served as one of the producers on the original film.

“Dying to Belong” marks Doherty’s second team-up with Lifetime this year. She also stars in “List of a Lifetime” for the network’s Stop Breast Cancer for Life campaign, and has directed special content for the campaign that will roll out in October for Breast Cancer Awareness Month. Doherty announced last year she is battling breast cancer for a second time.