Focus Features and Gold Circle have partnered on Bobby Farrelly’s (“Dumb and Dumber,” “There’s Something About Mary”) next feature “Champions,” both companies announced on Monday. Production of the film recently wrapped.

“Champions” is centered around a stubborn and hotheaded minor league basketball coach who is sentenced to community service and forced to coach a Special Olympics team. The film is based on the Goya Award winning Spanish film “Campeones” from 2018, which was released by Universal Pictures International. 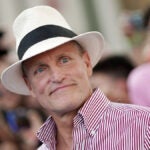