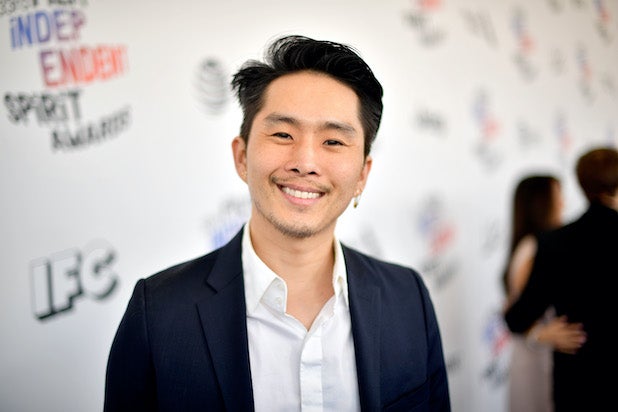 The latest film from the director of “Ms. Purple” and “Gook” was acquired out of the Cannes Virtual Market from MACRO and Entertainment One, who financed “Blue Bayou.” Focus will distribute the film in the U.S., while Universal Pictures International will release it abroad.

Chon also co-stars in “Blue Bayou,” which he wrote and directed, along with Alicia Vikander, Mark O’Brien, Linh Dan Pham and Emory Cohen.

“Blue Bayou” tells the heartbreaking story of Antonio LeBlanc, a Korean adoptee raised in the United States who is forced to confront his distant past and what it means for his own future and his family’s when he unexpectedly faces deportation.

“Justin’s ability to open our eyes to new perspectives by celebrating our shared humanity is more vital now than ever before. We’re so proud to help bring his voice to the world and to reunite with Alicia along with the brilliant teams at eOne and MACRO,” Focus Features chairman Peter Kujawski said in a statement.

Sierra/Affinity, the wholly owned subsidiary of eOne, represented the international sales of the film, with UTA and WME facilitating the domestic sale.

Chon got his start in acting and was well known for the “Twilight” series of films as well as shows like “Deception” and “Dr. Ken.” But he moved into filmmaking with his debut film “Man Up” in 2015. He most recently directed “Ms. Purple,” which debuted at Sundance in 2019.