Foo Fighters have canceled all the upcoming dates on their world tour following the death of the band’s drummer Taylor Hawkins over the weekend.

The band was scheduled to tour across North America and the world at least through the end of 2022.

“It is with great sadness that Foo Fighters confirm the cancellation of all upcoming tour dates in light of the staggering loss of our brother Taylor Hawkins. We’re sorry for and share in the disappointment that we won’t be seeing one another as planned. Instead, let’s take this time to grieve, to heal, to pull our loved ones close, and to appreciate all the music and memories we’ve made together,” the band said in a statement. 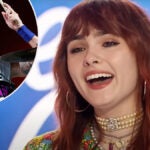 According to the Associated Press, Colombia’s Prosecutor’s Office (Hawkins was in Bogota, Colombia when he died) released a statement saying “toxicological tests on urine from Hawkins’ body preliminarily found 10 psychoactive substances and medicines, including marijuana, opioids, tricyclic antidepressants and benzodiazepines.” However, it did not provide a cause of death and investigations are continuing.

Colombian authorities also revealed in a Spanish-language press statement that last Friday they received a report about a “patient with chest pains” in a hotel located in northern Bogota, in the town of Chapinero, and dispatched an ambulance to the location. Upon arrival, a health care professional began the resuscitation process. “However, there was no response, and the patient was declared deceased,” Bogota’s Secretary District of Health said. A team from EMI, providing additional home health care via the company, was also at the scene. 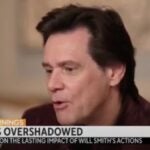 Hawkins joined the Foo Fighters in 1997, replacing drummer William Goldsmith in support of the band’s second album, “The Colour and the Shape.” At the time, Hawkins was part of Alanis Morissette’s touring band. Hawkins and the Foo Fighters were inducted into the Rock and Roll Hall of Fame by Paul McCartney last year, and Hawkins most recently was seen alongside Dave Grohl and company in the band’s horror movie “Studio 666.”