“For all Mankind” returns for its third season of 10 episodes on Apple TV+ on June 10, which sees NASA scrambling to get its astronauts to Mars before the Russians and the West Germans in the trailer shared by Apple TV+ on Monday.

The previous two seasons took us from 1969’s historic moon landing to the late ’80s. The drama is now set in the early ’90s, with a TV news desk using a background of the still-standing World Trade Center towers to anchor us firmly in the past.

In the trailer — set to Soundgarden’s 1994 grunge hit “Black Hole Sun” — Joel Kinnaman’s character Edward Baldwin is concerned about the survival of his crew and there are doubts whether they can be supplied with adequate water. 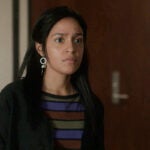 Also Read:
‘For All Mankind': Margot Really Needs to Stop Talking to Aleida Like That

Matt Wolpert and Ben Nedivi serve as the showrunners of “For All Mankind” and executive produce alongside Ronald D. Moore, David Weddle, Bradley Thompson and Nichole Beattie, and Maril Davis for Tall Ship Productions. Sony Pictures Television produces the show for Apple TV +.

“For All Mankind” Season 3 episodes will stream weekly on Fridays starting June 10. 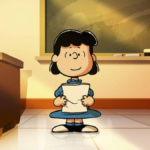