Season 2 of ABC’s “For Life” will incorporate the Black Lives Matter protests that swept the country following the death of George Floyd earlier this summer, showrunner Hank Steinberg said in a call with reporters to discuss the new season.

“I think for all of us, the events of this summer really pushed the content of our show even more into the zeitgeist,” Steinberg said. “And now we’re going to  find a way to integrate Aaron Wallace into the reality of events that happened over the summer and have his journey segway into what’s happening in the real world.”

Season 1 of the drama followed the wrongfully convicted prisoner-turned-litigator Aaron Wallace (played by Nicholas Pinnock) as he fought for his own freedom. Season 2, which premieres Wednesday, will continue to tackle relevant social issues, including the COVID-19 pandemic and the renewed protest movements fighting police brutality and racial injustice.

“That’s really exciting, challenging, daunting,” Steinberg said. “And we feel like we have a lot of responsibility but we also have a huge opportunity.”

Also Read: 'For Life' Renewed for Season 2 at ABC, 'Baker and the Beauty' Canceled

But in the eyes of executive producer Curtis “50 Cent” Jackson, the way “For Life” depicts the realities and injustices of the U.S. criminal justice system would be relevant no matter when the show aired. The fact that technology and social media has made racism more public and observable does not change the fact that it’s been a deep-rooted fact of American society since the country’s founding.

“I think the show speaks so loudly to the things that are going on,” Jackson said. “[But] this would’ve been an amazing project if I brought it to you three years earlier. If it took me three more years to get it on, they would be saying I’m a genius. … You see the George Floyd situation happening here in America and you see protests in London, it proves that it’s a world issue. It’s not just a local thing that’s taking place, how it’s affecting people and how they’re responding to it.”

“It feels veery much like these problems, this discrimination that’s been going on since forever .. for once, people are actually hearing it,” added Indira Varma, who plays the prison warden Safiya Masry on the series. “We are hearing those people who have never been given a voice before. And I think what’s great about this show coming out at this time, we’re hearing the voices of people who are not always heard.”

Isaac Wright Jr., the man whose life provided the basis for the story, noted that when he was fighting against the system for his own freedom thirty years ago, he was combating many of the same issues, just to a greater and more overt degree.

“This happened in the ’90s, and there was no social media. They were annihilating minorities and the poor with impunity,” he said. “I think that’s an incredible aspect of the show that you can reflect on. If that’s going on today, what the hell was it really like when [Aaron] first went to jail?” 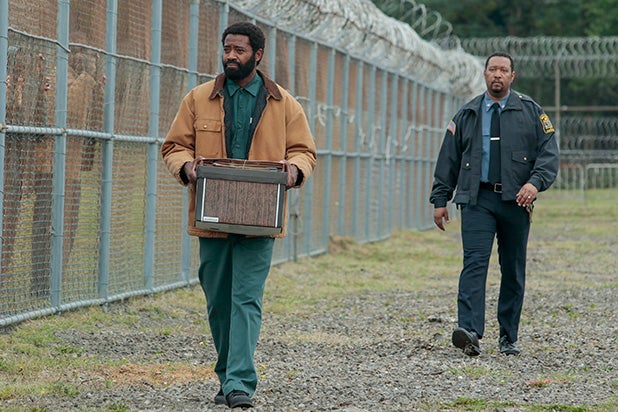